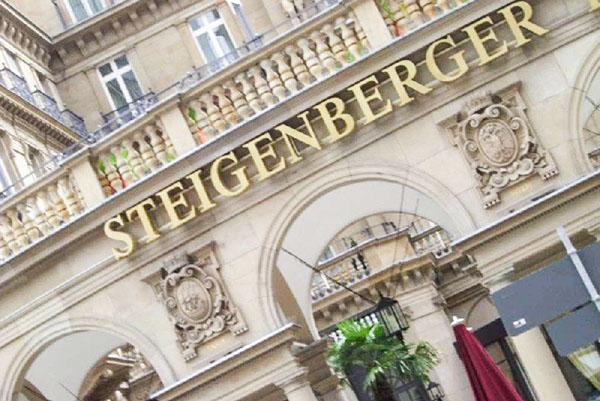 The head of the Cultural Heritage Organization discussed the prospects of building hotels in Iran with InterCity Hotels Group, a German chain hotel giant.

Massoud Soltanifar and Steigenberger Hotels’ Puneet Chhatwal agreed that the German holding company build 10 hotels within 7 to 10 years in different cities in Iran, the public relations office of the organization announced on Sunday May 29.

The meeting was part of a broader campaign by the Cultural Heritage Organization to invite foreign companies to contribute to Iran’s tourism and hotel infrastructure. Chhatwal is the company’s CEO who, along with a group of Middle East advisors, is visiting Iran. Iranian private sector enterprises also attended the meeting, along with the participation of Saeid Shirkavand, Soltanifar’s deputy for Planning and Investment.

“We have plans to build 4-and 5-star hotels, as well as to improve our existing 3-star hotels. We predict to add 25 such hotels [4- and 5-star] by the next decade; the private sector has already been working on the project,” he told the meeting.

“Currently, the private sector is already building 170 high-quality hotels. Turkish hotel builders will also contribute to this construction rush soon, through an MoU with the country’s tourism officials, where they will build 10 5-star hotels. Investors from Arab countries are also building 3 hotels in Mashhad,” he detailed. “During the next three months, we will hold joint sessions with world’s giants in hoteling and tourism. The government welcomes the influx of foreign investment in this sector, and our domestic companies will contribute to foreigners’ efforts as coordinating bodies.”

“An MoU between the Organization and the InterCity Group will contribute to preparing a roadmap,” Soltanifar added.

Chhatwal, for his part, believed that Iran had been taking serious steps towards developing its tourism infrastructure. “Our experts have visited Iran’s metropolitan cities four times in six months, and have looked at Isfahan, Tehran, Shiraz, and other locations to get a feel for the general tourist market. As a company with 70 years of experience in hoteling, we will provide Iran with our experience to contribute to tourism development,” he said. “In a highly unstable Middle East, Iran is an island of stability and a paradise for investors, which provides investors the best options in every regard.”

Chhatwal described the agreement and discussions as constructive. “There are excellent grounds and shared views of the situation from the German and Iranian sides on the project. We are currently looking for proper Iranian partners to launch hotel-building projects.”