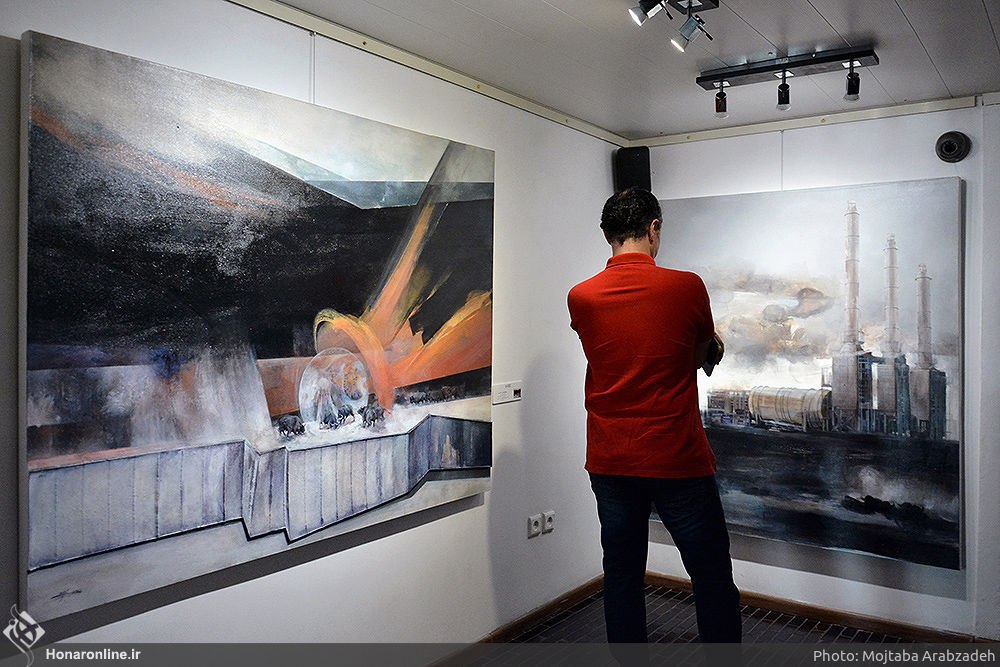 A painting gallery named the “The Inhabitants of Moan” by Iranian painter Abolfazl Rafiee is currently underway in the capital Tehran.

The exhibition, held at Seyhoun Art Gallery, narrates the story of a great ancient territory which has been looted by oppressors during various periods of time.

The painter says the theme of the exhibition is deeply rooted in his homeland Nishapur, an ancient city which was violently attacked by Tatars, a Turkish-speaking people living mainly in Russia and other post-Soviet countries.

He added this is a great city which has been the scene of anguish for thousands of years and looted by various groups during various periods of time.

Elaborating on the theme of the exhibition, he referred to the urban and civilisational spaces and the presence of desperate and strained animals sacredly seeking for a place to live and survive and added the Buffalos depicted in the paintings – as the long-time associates of human beings – are fighting to retrieve their lost lands.

“The blackness and whiteness of the heavy and painful forms narrate the story of people’s grief, confusion and divagation; people, who have a history of thousands of years of pride and pain, and a fog of doubt and smoke of fear ahead. From the apprehension of Tatar’s plunder to the remorse for the burned alleyways of poetry they whimper. They are the inhabitants of moan,” he noted.

Rafiee underlined that he improvised the paintings to create vast spaces triggering the visitors to think deeply.

The exhibition will be underway at Seyhoun Art Gallery until July 10. The exhibition is open to visitors every day, except Mondays, from 11 am to 7 pm.

Below you can see a series of photos of the exhibition retrieved from Honar Online: