India Calls for Closer Cooperation with Iran in Anti-Terror Campaign 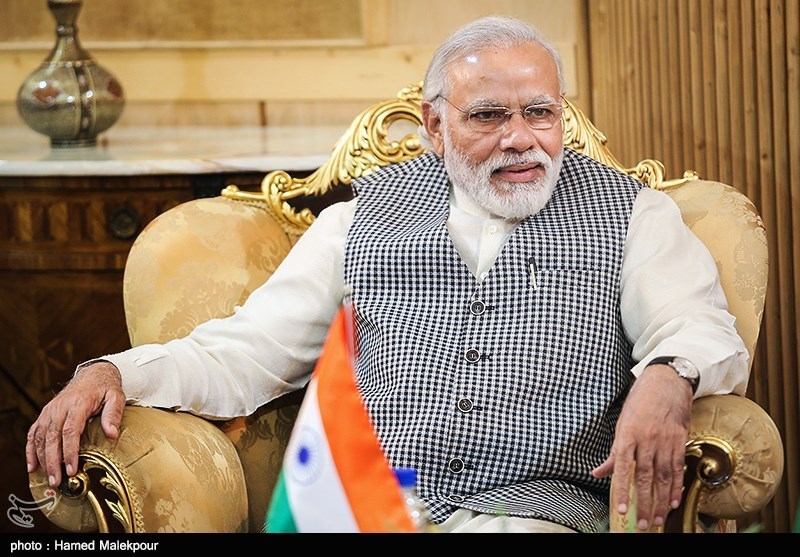 Indian Prime Minister Narendra Modi expressed deep concerns over the spread of terrorism across the world and called for joint efforts between Tehran and New Delhi to fight against the inauspicious phenomenon.

“Today, the most serious danger that threatens humanity is terrorism and extremism,” Modi said in a meeting with visiting Secretary of Iran’s Supreme National Security Council (SNSC) Ali Shamkhani in New Delhi on Friday.

He further described Islam as “the religion of compassion and mercy”, and said Takfiri terrorists who are acting in the name of Islam have nothing to do with the religion.

The Indian premier went on to say that since 1400 years ago, no phenomenon has been able to harm the religion as Takfiri terrorism has done so.

Modi stressed the necessity to fight against ideological roots of Takfiri terrorism and said Iran-India cooperation in the fight against terrorism should be put on the agenda of the two countries.

Shamkhani, for his part, described Tehran-New Delhi relations as “historical and constructive”, saying that the relationship has never posed any threats to other countries and followed no approach other than helping to promote regional stability and security.

The Indian prime minister paid a visit to Iran back in May, when the two countries signed 12 memorandums of understanding to develop cooperation in various areas.

Modi also had a meeting with Leader of the Islamic Revolution Ayatollah Seyed Ali Khamenei, who said Iran and India can join hands in a genuine fight against terrorism, unlike what the West is doing.