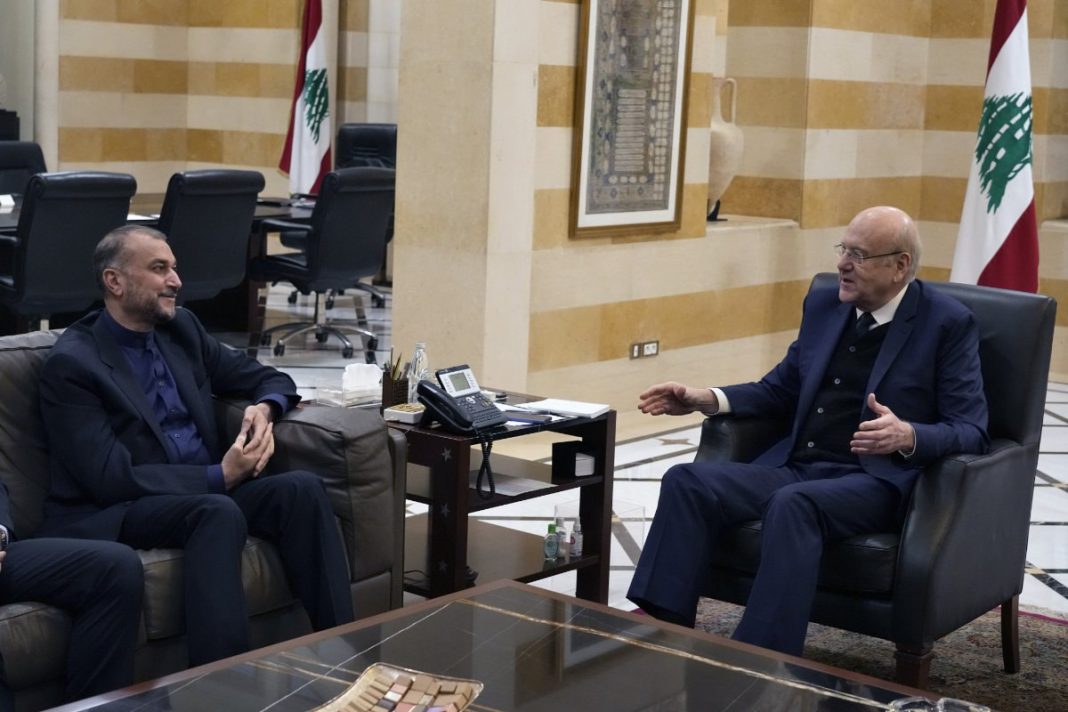 Iranian Foreign Minister Hossein Amir Abdollahian has visited Lebanon for talks with the country’s officials on issues of bilateral and international significance, with a focus on the expansion of mutual relations in the area of economy and energy.

On Thursday, Amir Abdollahian held a meeting with Lebanese Prime Minister Najib Mikati in Beirut, where they discussed a range of topics, including Lebanon’s energy needs, the talks in Vienna on a potential revival of the 2015 nuclear deal, and the negotiation process between Iran and Saudi Arabia.

Iran’s chief diplomat said Tehran was ready to enhance economic ties with Lebanon and help the Arab state overcome its shortages of electricity and gas.

He also reaffirmed Iran’s position in the Vienna talks and said the country remained positive and serious in efforts to achieve an agreement aimed at restoring the 2015 nuclear deal.

The minister said Iran will continue pursuing its legitimate demands in the process and will not cross its red lines.

In turn, Mikati expressed hope for the Vienna talks to bear fruit and said an agreement in the Austrian capital will positively impact Lebanon and the entire region.

The premier also welcomed the negotiations between Iran and Saudi Arabia aimed at fixing their troubled relations.

In a separate meeting, Amir Abollahian exchanged views his counterpart, Abdullah Bou Habib, on bilateral and regional topics, including the situation in Afghanistan, Yemen and Palestine.

The top Iranian diplomat said his country will continue to stand by the Lebanese nation and is ready to help it get through the difficulties it is facing.

In turn, Bou Habib highlighted the importance of ties with Iran and expressed hope for the success of the Vienna process.

Amir-Abdollahian also met with Lebanon’s Parliament Speaker Nabih Berri for talks on bilateral trade cooperation and other international issues, including the Vienna talks, the Palestinian cause and the Ukraine conflict.

Berri, among other things, criticized some Arab states for turning their back on the long-standing cause against Israeli occupation of Palestine and normalizing ties with the Tel Aviv regime.