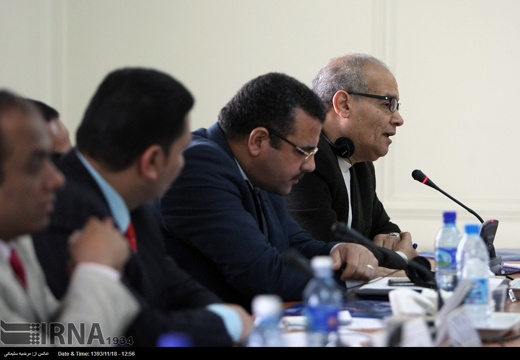 An expert with the Al-Ahram Center for Political and Strategic Studies has said by underlining Muslim unity [the late] Imam Khomeini turned Iran into a regional heavyweight.

Saeed Allavandi, an expert with the Al-Ahram Center for Political and Strategic Studies, has said that [the late] Imam Khomeini underlined unity between Shiites and Sunnis, turning Iran into a key regional power.

He made the remark on the sidelines of a conference on “Iran, Egypt, Future Outlooks” which was held in Tehran on Saturday. The following is the translation of his remarks as reported by the Islamic Republic News Agency on February 8:

Allavandi said that Egypt, like Iran, is opposed to any force which deals a blow to public security, and denounces all manner of terrorism, state-sponsored, regional and international.

The scholar condemned the terrorist acts in France, Spain, Libya, Tunisia, Nigeria, Syria and Iraq and said it takes global measures to take on terrorism which is growing in many countries.

Referring to Egypt’s new policy, known as al-Infitah (openness), he said proximity between Cairo and Tehran will serve the interests of the two nations.

As for admission by US Secretary of State John Kerry that Iran is a powerful country which has made multiple achievements, he said the settlement of Iran’s nuclear talks is looming.

He went on to stress that Egypt-Iran ties are a must for fighting against the Zionist regime, calling for the development of mutual ties. He said the Zionist regime which is the enemy of the world of Islam has a diplomatic mission in Egypt, but Iran which is a friendly nation does not have an embassy there.

The Al-Ahram scholar said disagreements between the two countries are not serious, calling for the removal of existing misunderstandings. He said the two sides’ diplomacy should be changed and politicians in both countries have a duty to take measures to improve the current atmosphere.

Allavandi also said Egypt takes pride in what Iran has achieved on different fronts after the Islamic Revolution.