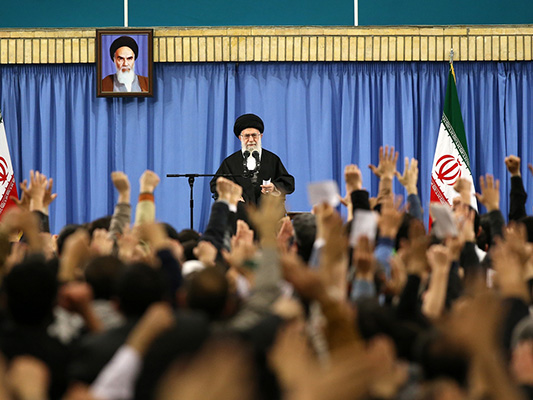 Leader of the Islamic Revolution Ayatollah Seyyed Ali Khamenei on Wednesday rejected the ‘meaningless’ idea of ‘national reconciliation’ proposed by certain reformist figures, saying there is no need for such reconciliation as Iranian people don’t have any problem with each other.

Addressing a meeting in Tehran with a group of people from the northwestern province of East Azarbaijan, the Leader said the idea of ‘national reconciliation’ does not make any sense as Iranian people are already united.

“Some people talk about ‘national reconciliation’; however, that does not make sense to me: the people are already united. So why do you talk about reconciliation? Are the people against each other?” Ayatollah Khamenei said, referring to the idea raised by such figures as former president Mohammad Khatami and incumbent president Hassan Rouhani.

“Yes, people are against those who took to the streets on the day of Ashura [in 2009], beating and stripping the young basiji shamelessly and brutally. They are against them, and they will not reconcile with them,” the Leader added.

“In certain political issues, two people might have conflicts of opinion with each other, but this is not important and effective, and is regarded something normal and natural,” Ayatollah Khamenei added, according to the official website of his office.

Elsewhere in his remarks, Ayatollah Khamenei rejected as “sheer lies” the claims that a military confrontation with Iran would have been imminent, had it not been for the nuclear deal that was signed between Tehran and the P5+1 group of states in July 2015.

“Why do they mention war? In order to divert minds towards war,” said the Leader, describing the economic pressure and sanctions as the “real war” against Iran.

The threat of a military action has been used as a strategy in dealing with the Islamic Republic by both the previous and current US administrations, Ayatollah Khamenei said.

Ayatollah Khamenei pointed to the enemy plots to pile up economic pressure against Iran to spread disappointment among the public, calling on to redouble their efforts to address the economic woes in the country, including unemployment and inflation. 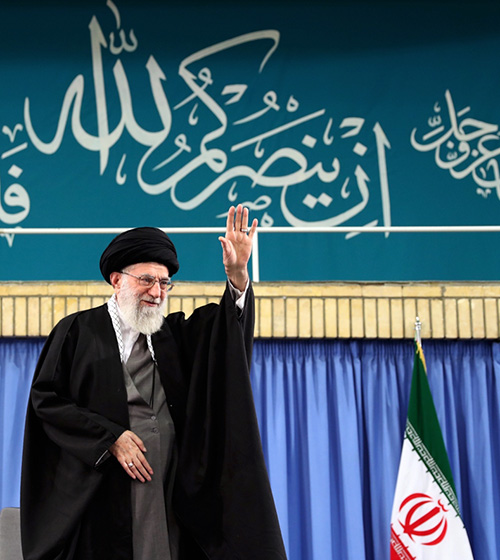 The Leader also said enemies have failed in their attempts to portray the Islamic establishment in Iran as inefficient and such attempts amount to beating the air, Press TV reported.

On February 10, people from all walks of life rallied in different cities and towns across the country to celebrate the anniversary of the 1979 Islamic Revolution, which toppled the former US-backed regime and set the stage for the establishment of the Islamic Republic of Iran.

Prior to the rallies, the Leader had called on the nation to attend the demonstrations en masse in response to the new US administration’s hostile rhetoric and threats against the Islamic Republic.

The Leader on Wednesday pointed to people’s massive presence in the rallies, and said, “This year the march on the revolution’s anniversary brought about respect and dignity for the country. I cannot express my gratitude to the nation, we should thank God for them. It is the third and fourth generations of the revolution who come forth standing against the enemy, expressing their will determinedly.”

Ayatollah Khamenei further added, “The officials should not think people’s presence in the demonstrations means they don’t have any complaint against we the officials and our activities; people have their complaints. People do not approve of discrimination and negligence of certain problems.”