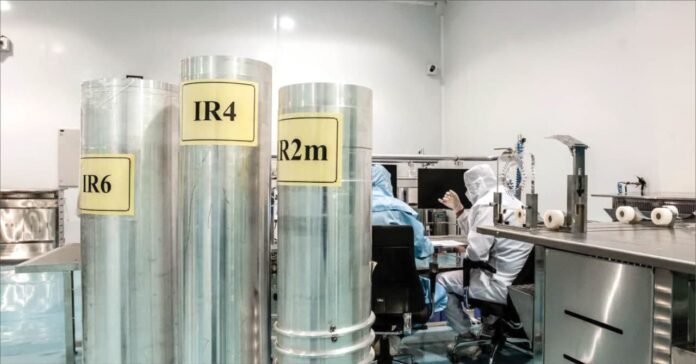 Spokesman for the Iranian Administration Ali Rabiei says the International Atomic Energy Agency (IAEA) has been informed about Iran’s decision to install new centrifuge machines in the Natanz nuclear site.

Speaking in a weekly press conference on Tuesday, Rabiei said Tehran’s decision to install 500 new centrifuges for uranium enrichment in Natanz has not been made recently.

“This has been anticipated long ago and in line with the balanced reduction of commitments because of the US’ withdrawal from the JCPOA. We have not made a new decision about the issue,” he added.

The new centrifuges installed in Natanz site are IR-2M machines, each with an enrichment capacity of five to six Separative Work Units (SWUs), the spokesman explained.

The enrichment capacity of the newly-installed centrifuges are around six times higher than the previous generation, namely the IR-1 machines, he added.

“What Iran has done have been within the framework of the five steps to reduce the JCPOA commitments. It has been reported to the International Atomic Energy Agency and has been officially announced. Installation of this generation (of centrifuges) has been under the supervision of the agency (IAEA). The agency (IAEA) is currently monitoring them,” the spokesperson noted.

He also emphasized that Tehran’s measures “are definitely within the framework of the JCPOA, as the rights stipulated in it (JCPOA) are exercisable for the two sides.”

As already announced several times, all of Iran’s measures are reversible, Rabiei concluded, adding, “Whenever the US returns to its commitments or the Europeans can cover the commitments from which the US has withdrawn, we will rapidly return to the conditions we have agreed upon in the JCPOA.”