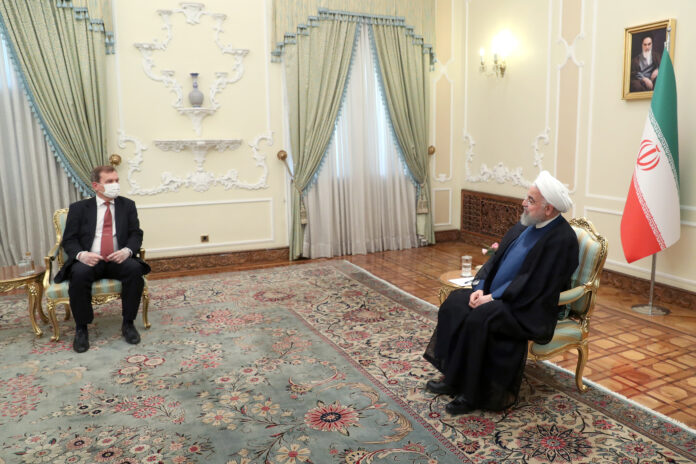 In a Wednesday meeting with Hungary’s incoming ambassador to Tehran, President Rouhani called for the expansion of political, economic, trade, and cultural relations between Tehran and Budapest.

“We are fully prepared to deepen the bilateral ties (with Hungary) in all fields,” the president told the Hungarian envoy.

Hailing Hungary as a friend of Iran in Europe, President Rouhani said, “The relations between the two countries have been always close and cordial, and we hope to witness a further enhancement of ties during your mission.”

It is necessary to encourage the businesses and corporations of the two countries to broaden economic interaction, the president underlined.

For his part, Hungarian Ambassador Zoltan Varga-Haszonits submitted his letter of credence, saying the main priority during his tenure in Iran is to expand the bilateral relations in the political, economic and cultural spheres.

“I will do my utmost to achieve that goal,” the Hungarian envoy added.