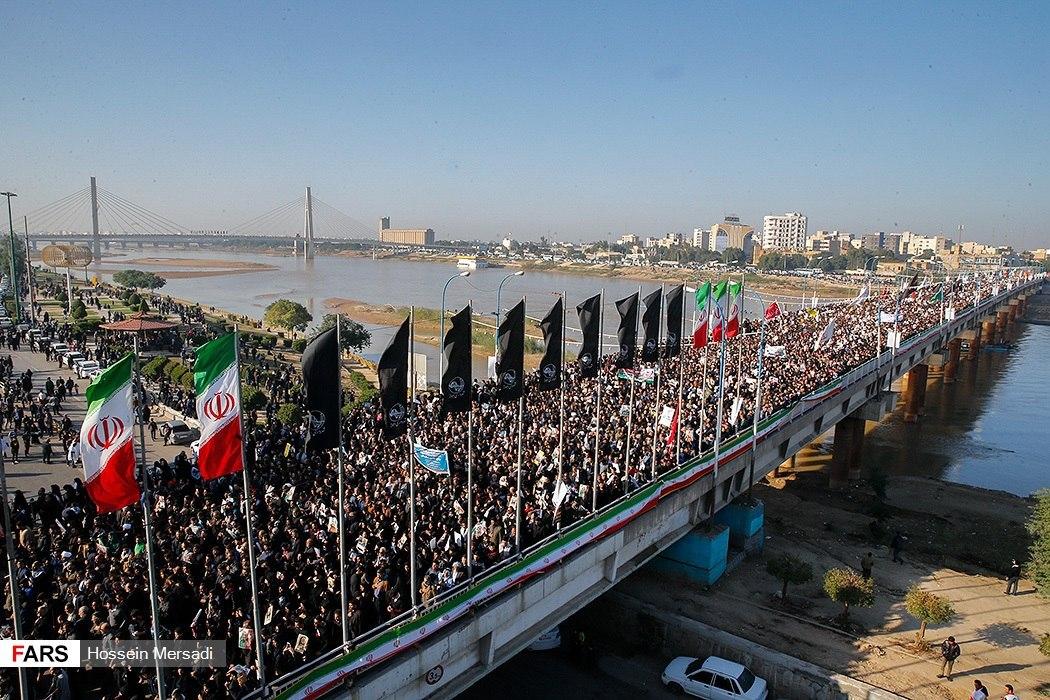 Iranian people from all walks of life have attended a funeral ceremony held in the Iranian city of Ahvaz for General Qassem Soleimani, the IRGC Quds Force commander assassinated by the US forces early Friday.

Ahvaz is the first Iranian city where the body of the senior commander is being taken to. Another funeral is to be held in the holy city of Mashhad later in the day.

The next funeral is slated for Monday morning in Tehran, and finally the body will be taken to Kerman in southern Iran to be buried in General Soleimani‘s hometown.

What follows are photos of the massive funeral processions in Ahvaz, where General Soleimani had fought for years during the Iran-Iraq war: