How a simple handshake stirs so much controversy 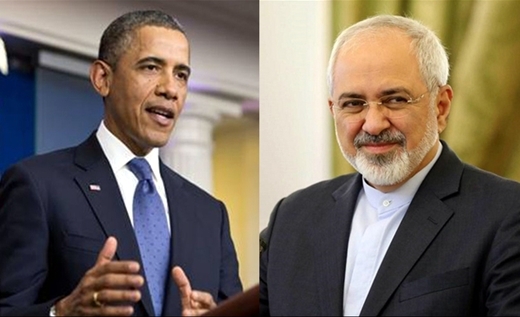 An MP representing Borujerd in the chamber lashes out at Zarif; one representing the capital dismisses his colleague's reaction as oversensitive and politically motivated.

An open session of the Islamic Consultative Assembly got off to a noisy start Wednesday when Bahram Biranvand, an MP representing Borujerd in the chamber, mouthed off about the handshake between Foreign Minister Zarif and President Obama. It ended in pretty much the same fashion.

The following is the translation of two separate reports filed by Khabaronline.ir on what happened in parliament and how other MPs, including Ali Motahari, reacted to Biranvand’s comments inside and outside the chamber:

“Who has allowed Zarif to shake hands with Obama?” Biranvand shouted. “Right at a time when death has embraced thousands of Hajj pilgrims in Mina, Zarif embraces Obama and the US secretary of state. Damn! Zarif has made a fatal mistake by shaking the hand of Obama as the Iranian foreign minister.”

Biranvand went on to say, “As an ordinary citizen, if Zarif hungers for an Obama embrace, he can resign and go take up residence in their house [a reference to the White House].”

“The religious zeal of people like Mr. Zarif in defending the revolution and the blood of martyrs is no less than mine. He may have done something, but that is no reason to use foul language in criticizing someone who has proven to be serving the late Imam and the Leader,” Abutorabi-Fard said.

Later, Ali Motahari, a principlist MP, told reporters disrespect for a servant of the Islamic establishment and individuals who have the support of the Leader is wrong.

“Too much sensitivity about a trivial issue is not right. That an Iranian official has shaken hands with Obama is not important. What is important is that we won’t renounce our causes such as support for the Palestinians,” Motahari said.

“The MP who showed disrespect should be asked why he hurls insults at an individual who is deemed reliable and pious by the Leader. Besides, a handshake with Obama won’t pave the way for US infiltration,” he said.

Motahari went on to say, “Most of such reactions are politically motivated. One cannot stop infiltration through sloganeering and shouts. As the Leader has said the door should be slammed shut to attempts at infiltration in the right place. These individuals seek to undermine the government. Why didn’t they react similarly when similar things happened during the tenure of the previous government?”

[Meanwhile, Ali Bigdeli, a university professor, said, “In light of the fact that the Iranian and US delegations had repeatedly said that they had no plans for the two presidents to meet, the encounter has definitely been unplanned.

“Mr. Zarif is a master diplomat well versed in diplomatic and consular protocols. When he bumped into President Obama in a corridor, he could not have made a U-turn to avoid an encounter. The protocol required the two to shake hands.”]