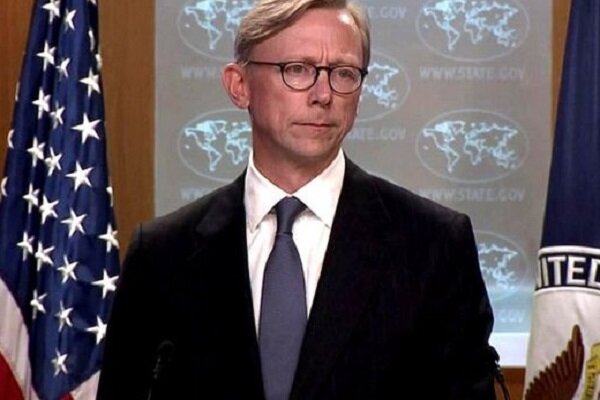 A senior political expert says Brian Hook stepped down as the US special Iran envoy because his efforts against Tehran failed to produce any tangible results.

In an interview with Etemad newspaper, Kourosh Ahmadi weighed in on the reasons behind Brian Hook’s recent resignation from his position at the US State Department.

“There are no signs indicating that Hook’s resignation was due to differences between the State Department and the White House,” said the analyst.

“Pompeo is one of [US President Donald] Trump’s few associates who, at least tactically speaking, are on board with Trump, and who has had a free hand in putting pressure on Iran over the past two years,” the expert noted.

He said there are no signs, either, that would indicate any differences between Trump, Pompeo and Hook over Iran.

“Of course, it is a significant issue that Hook’s efforts against Iran failed to produce any tangible results and to bring Iran even one step closer to the negotiating table, which may be among the reasons behind his disappointment with making headway with his work which led to his resignation,” he noted.

The analyst touched upon Brian Hook’s consultations with different countries against Iran over the past weeks.

“One may specifically guess that Hook stepped down as he fell into despair after the failure of attempts by him and his superiors to win the approval of UN Security Council members to renew the arms embargo,” he said.

He said Hook travelled to 11 countries over the past month to talk the officials of those countries into supporting the extension of an arms embargo on Iran.

“While China and Russia stress that they are opposed to the extension of the embargo, most of the United States’ European allies have shown no signs, either, that suggest they see eye to eye with Washington. All this comes as the existing window to that is closing,” said the expert.

“In accordance with Resolution 2231, arms embargoes [on Iran] will be lifted on October 18, i.e., a little more than two months from now. The trend of discussions at the UN Security Council and putting to vote a US-drafted resolution on the extension of the embargoes may take two to three weeks,” he said.

He also touched upon a possible change in Washington’s approach on Iran with the resignation of Hook.

“It is unlikely that Hook’s resignation and replacing him with a more radical person would mean a change for the better in US policy on Iran,” he added.