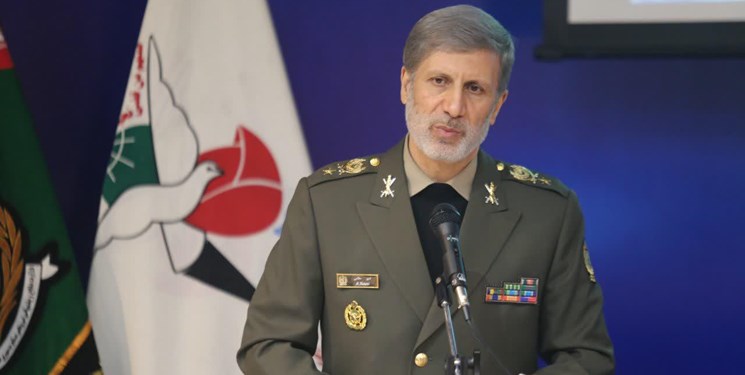 A domestically-developed destroyer as well as a mine-sweeping vessel will join the Naval forces of the Iranian Army, according to the country's defence minister.

Defence Minister Brigadier General Amir Hatami said the vessels will join the Navy after the completion of final and factory tests.

He said a host of research work in the defence sector has already been completed, and several others will be conducted in the future as well.

“Around 140 research projects have come to fruition in the defence domain during the current year,” the top general said.

Elsewhere in his remarks, the defence chief described the status of the Israeli regime as fragile.

“This regime, out of desperation and fear, brings up issues which are not accepted by anyone. The officials of this regime are in no position to make such comments,” he said.

The top general said Tel Aviv is in no position to make threats against Iran as Iran is a great and powerful country which will firmly respond to any threats.