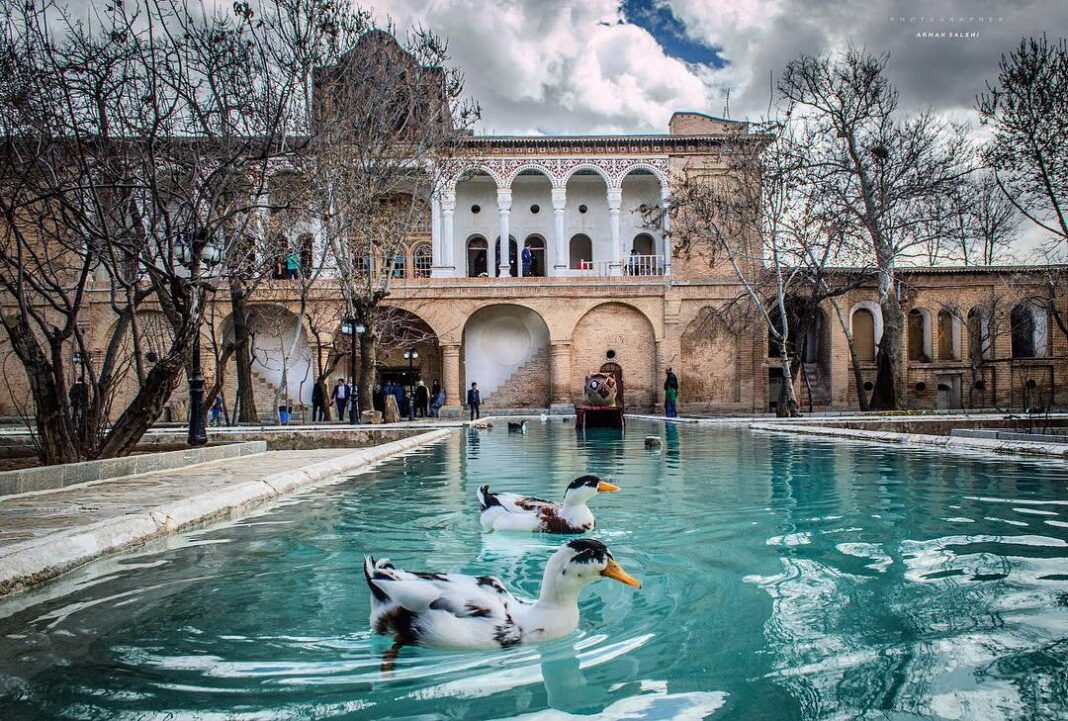 The Khosroabad Mansion, a historical building in western Iran which once played host to the wedding ceremony of the daughter of Iranian Qajar King Fath-Ali in the 18th century, has now turned into a major tourist hub.

Khosroabad Mansion is located in the city of Sanandaj in Kurdistan province and dates back to the Zand-Qajar era. The building boasts exquisite and fantastic Persian architecture.

The historical mansion is called Khosroabad as it was the hub of the Ardalan rule, especially ruler Khosrokhan Ardalan.

This impressive mansion measures around 6,000 square metres. The main building is constructed in the middle of a beautiful and unique garden. It draws the attention of any viewer with its fabulous Iranian architecture.

Khosroabad Mansion was built in 1905 by the ruler of Sanandaj, Amanollah Khan; and is very beautiful and one of a kind.

In addition to the main part, i.e., the monarchial palace with its pillars at the entrance, the garden of the mansion is of special significance, too. The garden was surrounded by four moats and streets as well as different kinds of trees on all sides of the mansion, giving the building special beauty. The garden was practically divided into four gardens. At the moment, only the trees and parts of the surrounding streets have remained.

Today, the historical mansion is host to large numbers of domestic and foreign tourists as well as different ceremonies and concerts.