Hilevar Rock Village; A Survivor of Mongol Invasion of Iran 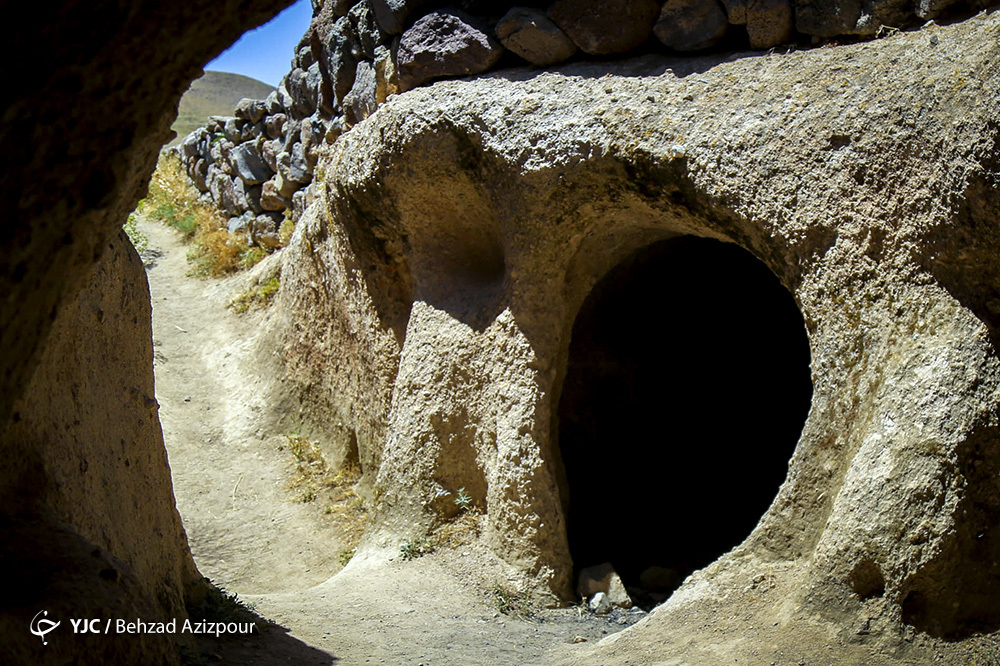 Dating back to the Ilkhanid period, the historical rock village of Hilevar is located in Osku, East Azarbaijan province, northwestern Iran.

Hilevar rock village lies in the heart of soil. Some experts believe it is named “Hilevar”, which means cunning in Persian, for its houses that are hidden from the passengers’ sight.

Hilevar is an old residential area surviving from the Ilkhanid period in the seventh century AH, when the people of East Azarbaijan evacuated their houses and resorted to the mountains to escape from the Mongol invasion and save their lives.

The number of houses in this village is estimated to be more than 200. These homes are carved in an excellent style under the soil, as if they are buried, in the form of beautiful slums.

Hilevar village was registered as a National Heritage site in August 2005.

What follows are YJC’s photos of Hilevar rock village in northwestern Iran: