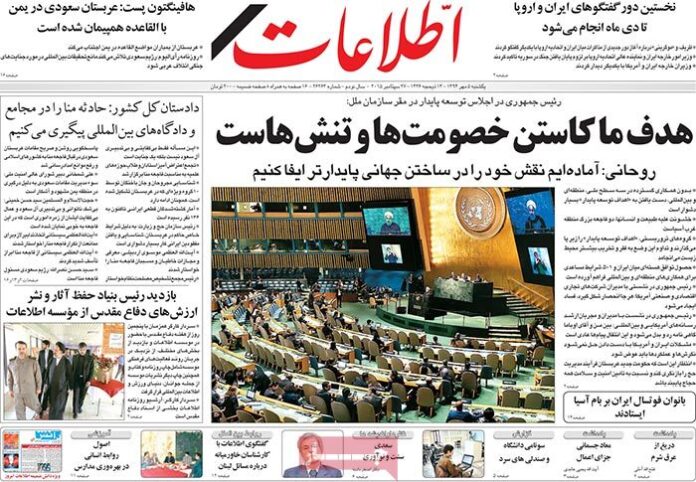 A special look at the headlines Ettela’at newspaper covered on September 27.

♦ A first round of Iran-Europe talks will have been held by mid-December.

At a meeting between the Iranian foreign minister and EU foreign policy chief, the two sides underlined the need for the war in Syria to come to an end.

♦ Huffington Post has reported that Saudi Arabia has aligned itself with Alqaeda in Yemen.

The Saudis do not bomb the positions of Alqaeda terrorist grouping in Yemen.

♦ The Iranian attorney general has said, “Iran will pursue the Mina incident through international courts and circles.”

♦ The Iranian female futsal players have been crowned the 2015 AFC Women’s Futsal champions.

♦ The head of the Foundation for the Preservation and Promotion of Sacred Defense Values has inspected Ettela’at institute.