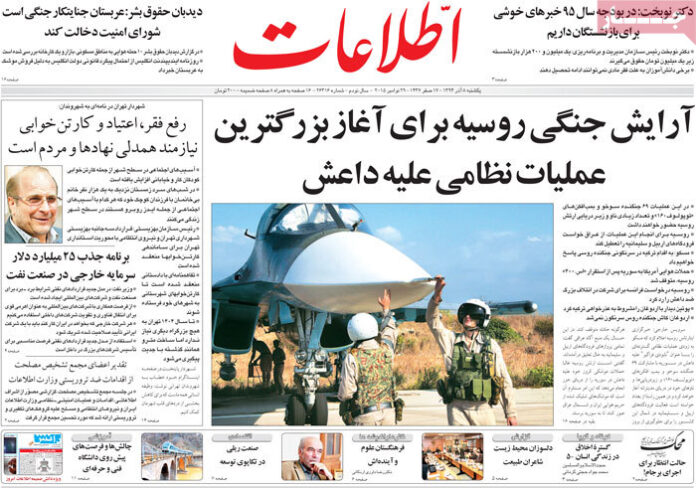 A special look at the headlines Ettela’at newspaper covered on Nov. 29.

♦ The government spokesman has said that next year’s spending package will feature good news for pensioners.

Mohammad Bagher Nobakht, who also serves as director of the Management and Planning Organization, further said some 1.2 million retirees are getting less than $350 a month.

A report by the rights agency has catalogued 10 airstrikes against residential areas, markets and a factory.

♦ Cooperation between institutions and members of the public is needed to make poverty, addiction, and rough sleeping a thing of the past, said Tehran Mayor Mohammad Bagher Ghalibaf in an open letter to residents of the capital.

The letter further said social harms such as vagrancy and the number of child laborers and street children are on the rise.

The oil minister said that the new model of oil contracts is a win-win for both Iran’s oil industry and international companies.

♦ Members of the Expediency Council have thanked the Intelligence Ministry for its anti-terrorist measures.