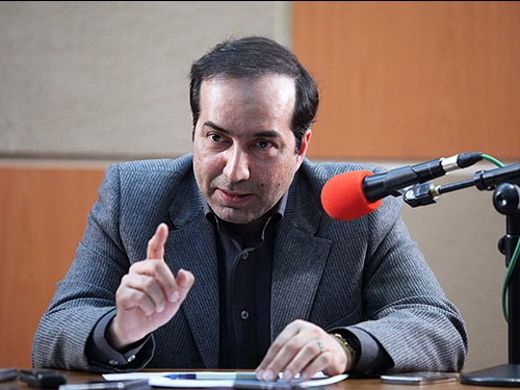 Appointment of a journalist as deputy culture minister creates an opportunity for media to act with more self-confidence in keeping with the standards of professional journalism.

What gives the 11th government an advantage over its predecessors as far as mass media are concerned is that Hossein Entezami, Ph.D., serves as deputy minister of culture and Islamic guidance for media and information. In fact, the journalism community should be credited for helping him land the post, because members of this community have voted him onto the Press Supervisory Board for several back-to-back two-year terms to stand up for their rights. That he has secured the backing of the journalism community on more than one occasion means he has fulfilled his responsibility perfectly well. He still attends the meetings of the interdepartmental board – bringing together the representatives of the three branches of government as well as those of Qom Seminary and the Islamic Propagation Organization – not as a member of the executive branch, but as the representative of media and news agencies.

What distinguishes him from his predecessors is that it has taken him some 30 years to work his way up the professional ladder, from an entry-level position to management of well-known media outlets and news agencies. Entezami’s designation as deputy culture minister has ushered in major change. Issues such as the amount of subsidies each newspaper received and the number of ads the public sector intended to run in private media became public knowledge, whereas in the past such information used to be shared only with the managing editors of newspapers and other publications. His approach to management of the Media and Information Department of the Ministry of Culture and Islamic Guidance has drawn a mixed reaction. His field experience provides the local media and even the offices of foreign news agencies working in Iran with the opportunity to act more self-confidently in keeping with the standards of professional journalism.

A July 12th issue of Arman-e Emrooz Daily featured an interview with Hossein Entezami. The following is an excerpt of the interview which was conducted by the newspaper’s Tahereh Yusefi:

How do you assess the performance of the Ministry of Culture as far as media are concerned over the past year? How successful has the government been in fulfilling its promise of ensuring greater press freedom?

The media, I mean you and your colleagues, should make that assessment. What lends weight to an assessment is that it is made by others, not by an institution entrusted with a responsibility. Anyway, in response to your question, I would say some positive developments have taken place over the past 12 months. Efforts have been made to recognize all groups with different perspectives seeking to have their own publication. Transparency has been enhanced. We now answer for the amount of subsidies we dish out, the number of government ads we place in publications and other services we provide. We have also studied the rules and regulations to settle the problems of the press. Dos and don’ts which were not in keeping with the law have been eliminated. The media no longer receives letters of instructions on a daily basis. In line with Article 5 of the Media Act, they are only informed of the decisions of the Supreme National Security Council.

Over the past 12 months, the government has come under criticism and at times has been subjected to a smear campaign. Have such measures forced the government to forget its promises as far as culture and media are concerned?

Peripheral issues come with the territory. Of course, they disturb the government’s concentration on central issues and slow down the realization of the promises the government has made. The government has inherited far-from-noble approaches which are part of a discourse. Some of those approaches are populist in nature and run counter to our values. It takes time and energy to contain the fallout of such discourse. Today, government managers should put in a lot of time and energy to work out solutions to peripheral questions. Naturally it chips away at their concentration and slows down the pace of their efforts.

Still, promises on the cultural front have not drifted into oblivion. Among other things, the press freedom is being promoted in keeping with the law; media players are being trusted with more and more responsibilities; radical treatment of the press has stopped; and private players are being bolstered.

You place a lot of emphasis on the question of journalistic ethics which are losing momentum in mass media. What is being done to stop that trend?

Journalistic ethics are in a critical condition today. Unfortunately, promoting paparazzi rather than training real journalists is becoming the new normal. That trend is very dangerous. […] Fabrication through the use of words such as allegedly or purportedly, widespread use of the products of other individuals or agencies without securing their permission first, unauthorized audio-recording, broadcasting images without permission, prevalence of politically-motivated individuals in newsrooms, editorialization of news stories, over-speculation, as well as threats and insults are manifestations of this new normal. What is interesting is that in this mayhem, everyone, particularly those who are to blame for unethical, un-journalistic behavior, is urging others to stick to the ethics of professional journalism.

What should be done to make this a thing of the past?

It requires guild-style perseverance. A media guild should be set up to prevent those with no journalistic skills from making a foray into journalism and stop the overnight rise to prominence of the novice. Besides, journalists and media guilds can denounce such tactics as abnormal behavior.

The Media Act does not distinguish between online sites and news agencies on the one hand and the print media on the other. But there are some double standards at play. For instance, websites or online services which run an erroneous report are immune from prosecution for spreading fabrications, but as soon as a newspaper publishes the same story a news agency has already released, its managing editor is summoned for questioning. What is your department doing in this regard?

Part of this problem should be settled through amendments to the law. Formulation of such amendments is on our agenda. In other words, the law should state that when a news story is released by, let’s say, IRIB’s Central News Bureau or by other news agencies, newspapers and other publications should no longer be liable for its content. […]

Normally what news agencies release is used by the media, and not by individual members of the public. So when a news agency publishes a story, newspapers and other publications should not be worried about the consequences of reprinting it. Quoting a website is a different question, though. When a story is published by several outlets, the plaintiff has the right to file a complaint against one or all of them regardless of who has gone first or whose story has drawn the most amount of attention. That may sound beyond reason, but the defendant is entitled to pick and choose. Unlike private plaintiffs, the Ministry of Culture and Islamic Guidance treats websites and the print media equally and expects other state institutions to act likewise not to be accused of enforcing double standards in the court of public opinion.

In light of the fact that a representative of the judiciary has a seat on the Press Supervisory Board and closer interaction with that individual could somehow settle some of the problems hassle-free, have you done anything to promote relations between the Ministry of Culture and Islamic Guidance and the judiciary?

Naturally, closer interaction between state institutions will clear the air and paint a clearer picture for the press of their responsibilities. We believe that if a single institution is given the authority to make decisions, more transparency will be achieved. Of course, one should not and cannot deny the judiciary its right to exercise its powers. I believe a decision should be made at the state level to boost efficiency.

Mistakes are an inseparable part of what media do. What should be done to prevent the shutdown of a publication if and when a mistake occurs? Is there any consensus in the government of Prudence and Moderation to prevent such shutdowns? How optimistic are you about minimizing the number of shutdowns?

When a guild is established, it can take on the responsibility to monitor the performance of the press and mete out professional penalties such as warnings, demotion, suspension and even permanent revocation of license to offenders. Besides, amendments to rules can regulate the process and prevent disproportionately harsh penalties by the Press Supervisory Board or the prosecutors for minor slips. For instance, when an offense is committed, notices, citations, and warnings should come first. They should be followed by replacement of the managing editor and referral to court. When these measures fail to set things straight, revocation of the license should be contemplated.

Personally, I believe when a publication is shut down, rather than a single manager or a political personality who runs the show behind the scenes, others including reporters, journalists, staff, readers and those employed by businesses such as printing houses and distribution firms pay the price.

Does the government have any plans to help media expand their activities?

We are working on certain areas where laws are inefficient or restrictive. Formulation of a new advertisement bill, and reformation of the subsidies directive and regulations on government advertisements, as well as changes to requirements for the department to issue press ID cards are on the agenda. Our insistence on formulation of a new media guild bill and amendments to the press law compatible with modern-day requirements is part of the same approach.

Where things will stand, let’s say, in one year time? Will the stage be set for smoother journalistic activity? Does the government have any plan to help journalists and bolster media?

I hope that the formulation of a new media guild bill is finalized within a year so that the Cabinet can send it to parliament for approval. It would reform and facilitate three-way relations among members of the public, the government, and mass media.

The policy to beef up private media institutions and improve the infrastructure will be pursued and we hope it will bear fruit in a year. We will try to strike a cultural, geographical and demographic balance between supply and demand as far as media are concerned. The government is duty-bound to offer applied courses to help hone the skills of journalists. That trend will continue and a line will be drawn between professionals and non-professionals when a ranking system for journalists, news agencies and websites to be enforced by workgroups associated with the guild is introduced. […]

The lead of this story has been edited by Iran Front Page .