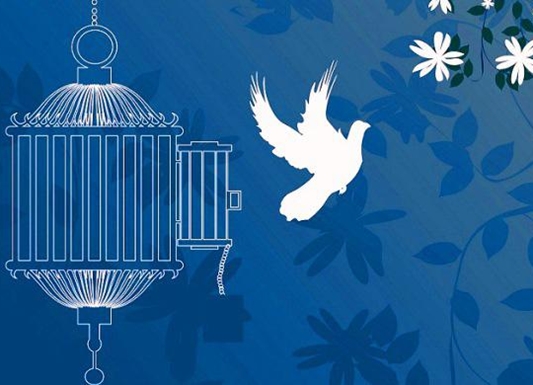 Several athletes and artists, including Shahab Hosseini who recently won an award at Cannes, as well as the Vice-President for Women Affairs Shahindokht Mowlaverdi, took part in a major charity appeal event in Tehran.

During the event, held on the fourth night of Muslim holy month of Ramadan, the celebrities raised money for the release of the needy inmates who had committed crimes without intent.

The funds raised in such events are used to pay Diyya (blood money) to the victim or the family of the victim that the prisoners had unintentionally harmed.

Such ceremonies, which are known in Iran as Golrizan, have a long history in Iranian culture and civilization. Since a long time before the arrival of Islam in Iran, the Golrizan tradition has been observed across the country. Due to a sense of respect and altruism, Iranians have long been following this tradition and consider the ritual as a God-given blessing, so they hold it every year for thanksgiving.

The tradition, which is based on chivalry and heroism, was later continued in Islamic Iran, mainly following the manner of Imam Ali.

Since a few weeks ago, a number of Iranian photographers and eco-tourists have also been holding an exhibition of 250 nature photographs. They are going to use the money they earn from this gallery to release a number of teenagers and young prisoners who are in jail because of unintentional economic crimes.

Ali Salehpoor, the project executive, told Shargh daily that the exhibition has been open to visitors since May 18, and will go on until June 18.

“We have had an average daily sale of IRR20m [nearly $600],” he said, adding that IRR1bn is predicted to be raised at the end of the exhibition.

“Some of these teenagers have been imprisoned for just sixty or seventy million Rials [$1700-$2000], and the sale of these photos can help us free more of these young people,” Salehpoor added.

Asghar Jahangir, the head of Iran’s Prisons Organization, announced that financially-indebted prisoners account for the majority of those imprisoned for unintentional crimes.

“They [debtor inmates] include 7,000 prisoners; 2,000 are also imprisoned for blood money, and 2,000 for Mahr [unpaid marriage bonds],” he went on to say, stressing that a total of 12,700 prisoners are currently incarcerated for unintentional crimes.