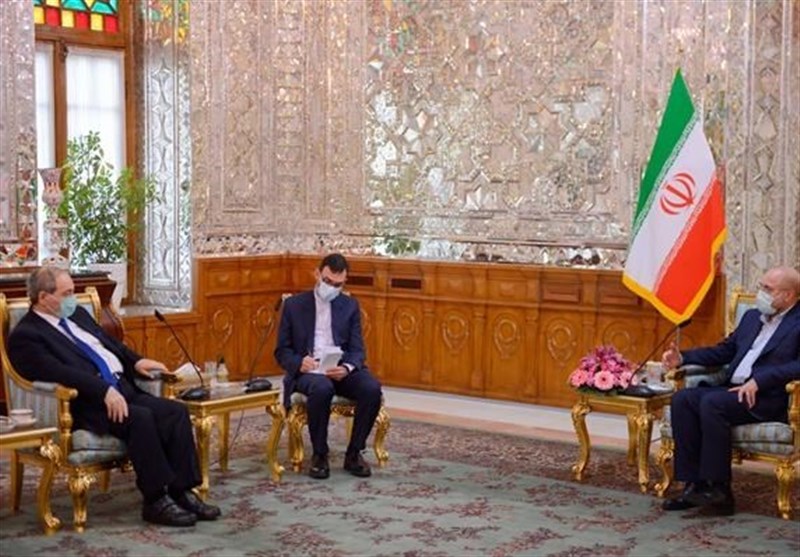 Ghalibaf was speaking during a meeting with Syrian Foreign Minister Faisal Meqdad in Tehran on Monday. He said today the most important issue is the economy of Iran and Syria, adding private sectors of the two countries must be supported so they will boost economic ties between the two countries.
He added that the reason for the importance of economic development is that the enemies of the Resistance Front are waging an economic war because they failed to achieve their goals in the battlefield. “Therefore”, he said, “we must try to succeed in the economic and political fields”.
Meqdad also extended Syrian President Bashar al-Asad’s greetings to Ghalibaf.
He said great achievements have been made thanks to sacrifices by the Syrian army and martyrs such as General Qassem Soleimani, Abu Mahdi al-Mohandis, Hezbollah fighters and others.
He added that despite all victories, Syria’s war on terrorists is not over yet.
The Syrian foreign minister also said the US military presence in Syria is dangerous and must end.
Meqdad condemned the US sanctions on Tehran and Damascus, saying Washington aims to gain through sanctions what it failed to achieve on the ground in Syria. The Syrian foreign minister thanked Iran for standing by the Syrian people.