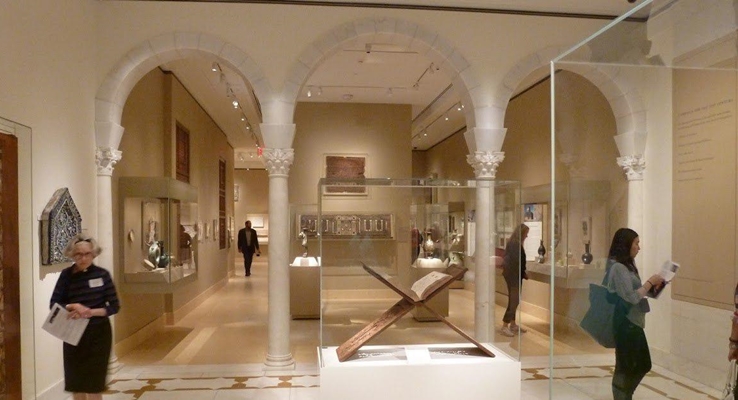 The Bumiller Collection - Studio X-Berg in Berlin, an affiliate of the Bamberg University Museum of Islamic Art, is to host an Exhibition of Iranian Ceramic Heritage as of September.

According to the Iranian Embassy’s Cultural Centre in Germany, Bumiller Collection will stage the exhibition of Iranian ceramic works of the Middle Ages and the modern period.

Held from September 12 to November 30, the event is to bridge the gap between the East and the West, the tradition and the modernity.

Manfred Bumiller was a German businessman who endeavoured to collect the world’s largest collection of metal crafts from 1981 until his death in 2018. The collection includes works from the seventh to the 17th centuries AD, numbering 3,600 pieces of metal, ceramic and pottery crafts.

Bumiller decided to display these items, so he opened his museum at a historic house in the heart of Bamberg’s old town on 13 January 1995.

42 items of Bumiller Collection will be displayed in the Iranian Ceramic Heritage Exhibition alongside ceramic and pottery works from Heinz Luschey’s collection.

Luschey, the first director of the German Institute of Archaeology in Iran, carried out research on a wide range of subjects including classical archaeology, Iranology, and art history. The main part of his research is dedicated to paintings, glass and pottery works, cravings and iconographies.

During their stay in Iran, Luschey and his wife travelled to different cities to collect ceramics from the 8th to the 15th centuries, as well as some modern artifacts.

Jorg Ahrnt, an artist from Frankfurt, has put together the collection of Luschey’s ceramic works and drawn a selection of its items, including historical crafts from Iran. The works of Ahrnt, who’s been travelling to Iran for two decades, are influenced by the country’s culture and archaeology, as well as his own observations of Iran.

The rest of the exhibition is dedicated to modern art. The works of Iranian artist Mansoureh Najarpour are to be displayed in this section. Hailing from Isfahan, the young artist who specialises in ceramic and pottery art has been inspired by medieval items in creating her works.

The museum curators believe that the collections selected for the exhibition could reflect the pottery art of Iran and Central Asia in Middle Ages, showing that ceramic and pottery works are not mere objects: the images craved on them may include historical information.

The first volume of “Studies on the Bumiller Collection” series will be published at the same time with Iranian Ceramic Heritage exhibition. Titled “From Ordinary to Luxury”, this volume includes scientific documentation and analysis of 190 works of Bumiller Collection.