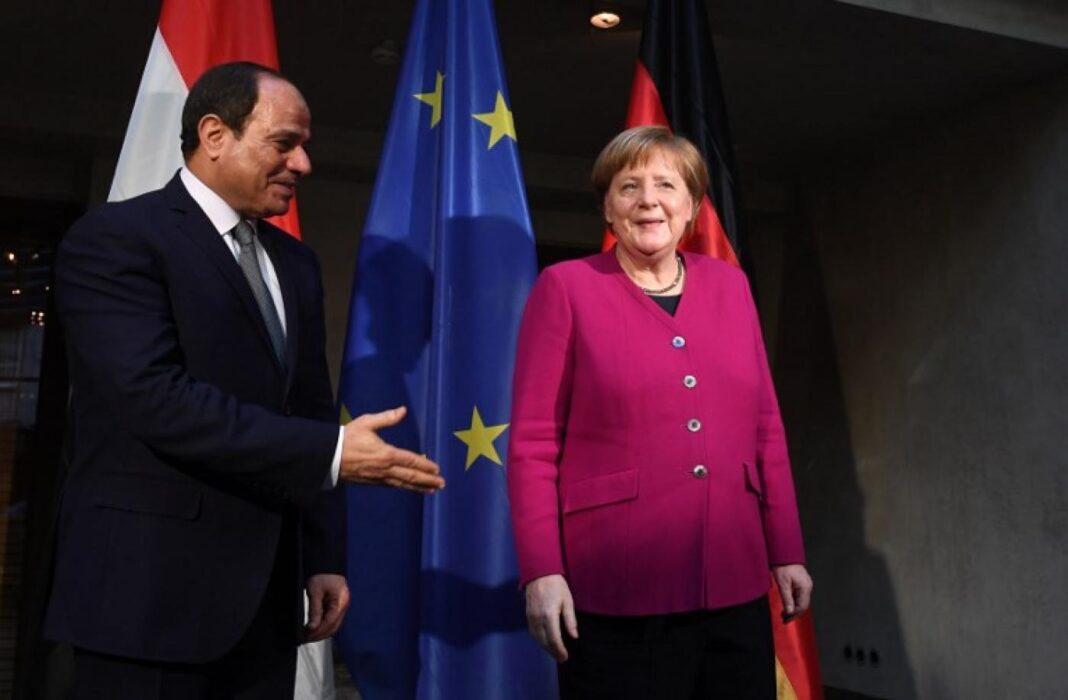 Germany's weapons exports reached a record level this year, thanks to the last-minute approval of deals worth nearly €5 billion ($5.6 billion) by then-Chancellor Angela Merkel's administration.

The data, from the Economy Ministry, was requested by a lawmaker with the socialist Left party, and published by DPA news agency on Saturday.

The figures reveal that the agreements were signed off during Merkel’s last nine days in power.

The last-minute deals brought Germany’s total weapons exports to a record €9.04 billion for the whole of 2021, according to the ministry.

Egypt is the main recipient of German arms, despite criticism over its human rights violations and involvement in conflicts in Yemen and Libya.

Under the last-minute agreements, Thyssenkrupp Marine Systems will deliver three warships to Egypt and a submarine to Singapore, while Diehl Defense will deliver 16 air defense systems to Egypt.

Details of the deals were released just a day before Olaf Scholz was elected chancellor earlier this month, although the exports’ value was not known at the time.

The last-minute deals were approved despite the fact that the government was only acting in an executive capacity, when major decisions are usually avoided.

Scholz was Vice-Chancellor and Finance Minister in Merkel’s grand coalition between the conservative bloc and the center-left Social Democrats (SPD) and would have been privy to the deals.

She called for the export of “murder tools” to be halted.

In a separate interview with DPA news agency, Dagdelen slammed his party’s criticism of arms sales to authoritarian regimes as inconsequential.

Germany’s new coalition of the SPD, climate-friendly Greens and neoliberal FDP has spoken out in favor of a restrictive arms export policy.

The coalition agreement stipulates that they plan to curb exports to countries outside of the EU and NATO.