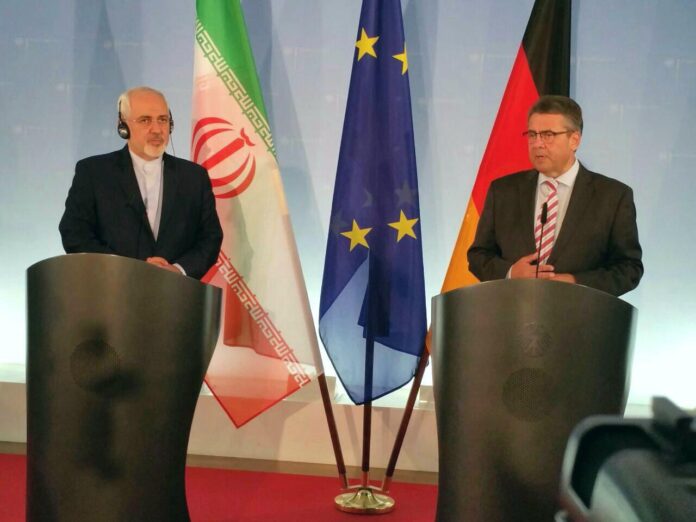 German Foreign Minister has highlighted Iran’s positive role in the Middle East, and expressed the hope that the Islamic Republic would help find a solution to the crises in Syria and Iraq.

In a Tuesday joint press conference with his Iranian counterpart Mohammad Javad Zarif in Berlin, German Foreign Minister Sigmar Gabriel said his country hopes that Iran continues to play its positive role in Iraq and Syria and finds a way to resolve Israel-Palestine conflict.

“We hope Iran prepares the ground for investment and manages to settle the disputes in the region. We also hope that Iran expands its ties with the neighbouring countries,” he noted.

The German top diplomat also welcomed the expansion of ties between Tehran and Berlin in all fields and said Iran is a great and strong country and President Hassan Rouhani has vowed to provide the Iranian nation with an improved economy.

He said during his meeting with Zarif, the two sides exchanged views on their differences over some issues including Israel.

The German minister also referred to the nuclear deal between Tehran and world powers known as JCOPA and said, “Some [states] claim that Iran has failed to fulfil its commitments under the nuclear deal, but the reports by the International Atomic Energy Agency (IAEA) reveal the opposite.”

“Germany has expressed its support for the deal and we call on all sides to back the deal and stop casting doubt about it,” Gabriel noted.

For his part, Iranian foreign minister said Iran and Germany have had good relations based on mutual confidence as well as common interests over the past decades.

“Today, after the removal of the unjust sanctions which Germany played a key role in their lifting, we are witnessing growth in the economic relations between Iran and Germany,” he said.

Zarif went on saying that he had good talks with the German officials during his visit to the country, adding that the European country’s officials as well as industrial mangers have the required will to expand their ties with Iran.

“We are also interested in making use of Germany’s economic and banking facilities,” he noted.

The Iranian top diplomat also noted that Iran is a safe state in a region which is suffering from instability and terrorism.

“Despite this, Iran has managed to establish a democratic state which is a good partner for Germany,” he added.