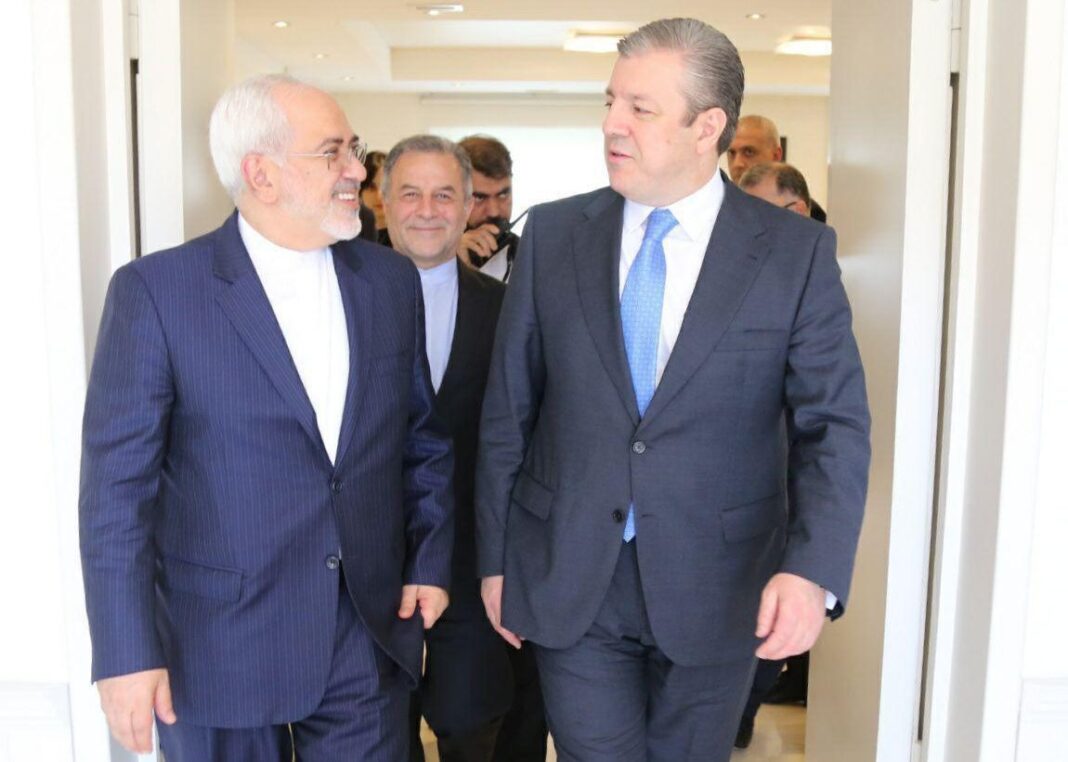 Speaking in a meeting with his Georgian counterpart, Mikheil Janelidze, in Tbilisi on Tuesday, Zarif announced that Georgian PM Giorgi Kvirikashvili will visit Tehran later this week.

During his meeting with Janelidze, Zarif underlined the Islamic Republic’s resolve to boost bilateral relations in various areas.

“In today’s meeting, [we] explored different fields of cooperation, including transit, industry and education as well as cooperation in international organizations and regional issues,” he said.

Zarif also touched on a multi-national transit project, called the International North-South Transport Corridor (INSTC), which connects the Persian Gulf to both the Black Sea.

If it becomes operational, the corridor will bring regional countries closer to each other and reduce the costs of transferring goods, he added.

The INSTC is a 7,200-kilometer multi-mode network of ship and route for moving freight between India, Russia, Iran, Europe, and Central Asia, Press TV reported.

Janelidze, for his part, expressed his country’s readiness to develop closer relations with Iran, which he said are already at a good level.

He also emphasized the need for making preparations with the neighboring countries of Azerbaijan and Armenia to implement the transit corridor with the participation of China and India.

After Georgia, Zarif will travel to Kyrgyzstan as part of his three-day tour to Central Asia and the Caucasus which has already taken him to Turkmenistan.