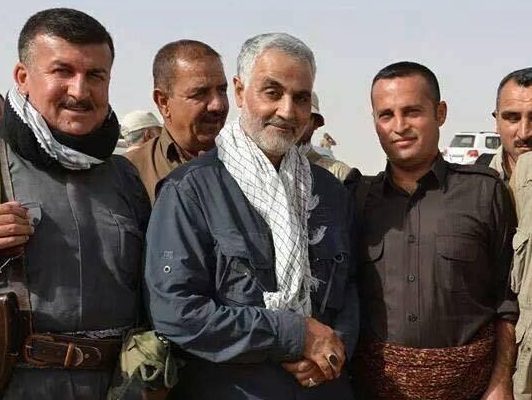 A senior Kurdish diplomat has revealed that Commander of the IRGC Quds Force Major General Qassem Soleimani had warned the Iraqi Kurdish officials of the consequences of their independence referendum.

Nazim Dabagh, the representative of the Iraqi Kurdistan Regional Government (KRG) in Tehran, recently disclosed that General Soleimani headed meetings with local delegations in Iraqi Kurdistan region ahead of the Kurdish referendum.

“General Soleimani also had several private meetings with Masoud Barzani, the president, and Nechirvan Barzani, the prime minister of the Iraqi Kurdistan region and the leaders of other parties, including Change (Goran) party,” Dabagh said on Sunday.

He added that the Iranian side had warned the Kurds not to hold an independence referendum because all powers will stand united against the Iraqi Kurdistan region, Fars reported.

According to Dabagh, the Iranian side also told the KRG officials and Kurdish groups that Tehran wants the Iraqi Kurds’ achievements to be maintained within the framework of the Iraqi constitution.

He lauded General Soleimani and other Iranian officials’ efforts to help the Kurds, and said, “We always need relations and friendship of Iran.”