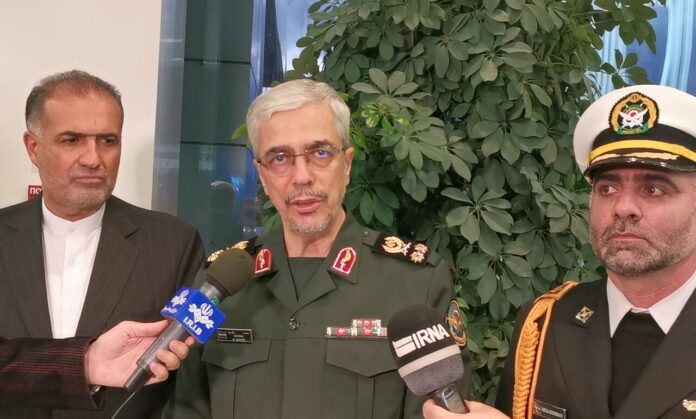 Major General Mohammad Bagheri, Chairman of Iran’s Chiefs of Staff, has said the Islamic Republic will increase military cooperation with Russia in line with the 13th government’s “Looking to the East” policy.

Bagheri made the remark on Sunday in Moscow. He’s visiting Russia heading a military delegation for talks with high-ranking Russian officials.

Bagheri noted that the administration of President Ebrahim Raeisi has a special view on the East and Asian countries and that the beginning of the process of Iran’s membership in the Shanghai Cooperation Organization took place under the Raeisi administration.

The chairman of Iran’s Joint Chiefs of Staff said he’s visiting Russia at the invitation of Russian defense chief, adding that during his stay in Moscow, the two sides will discuss bilateral issues and Afghanistan because the situation in the country affects both Iran and Russia. Bagheri added that he and the Russian officials will also hold talks over military ties, defense industries and cooperation in establishing full security in Syria.

He also said that during his visit, he and the Russian officials will hold negotiations on Tehran’s military purchases from Moscow after the end of the UN arms embargo on the Islamic Republic.