Funeral Held for 19 Victims of Naval Incident in Southern Iran 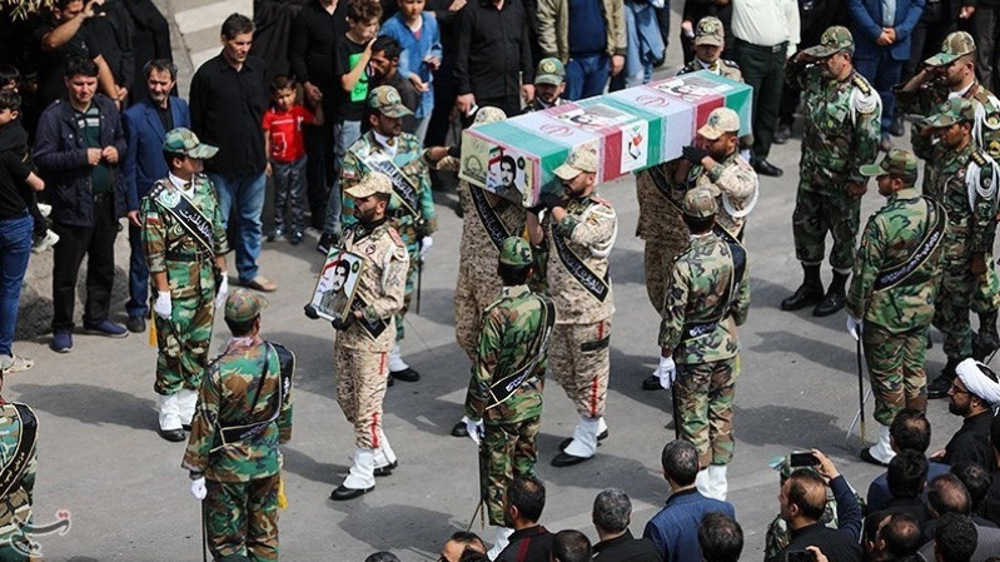 A funeral procession has been held for 19 Iranian Navy personnel who lost their lives in a recent incident involving the Navy’s Konarak logistical and support vessel in the country’s southern waters.

The ceremony was held in the southwestern port city of Chabahar on Tuesday, with military top brass and a number of senior state officials in attendance, while observing social distancing rules in place to curtail a coronavirus outbreak.

Fifteen others were also injured in the accident that happened on Sunday, when a number of Navy vessels were conducting an exercise near the waters lying close to Jask and Chabahar ports that respectively belong to neighboring provinces of Hormozgan, and Sistan and Baluchestan.

The Navy’s Public Relations’ Department said in a statement on Monday that teams of experts had already been dispatched to the site to conduct a thorough investigation, and advised against any speculations about the accident before the results of the official probe were out.

Iran regularly holds exercises in the Gulf of Oman, which is close to the Strait of Hormuz, the narrow mouth of the Persian Gulf through which 20 percent of the world’s oil trade passes.