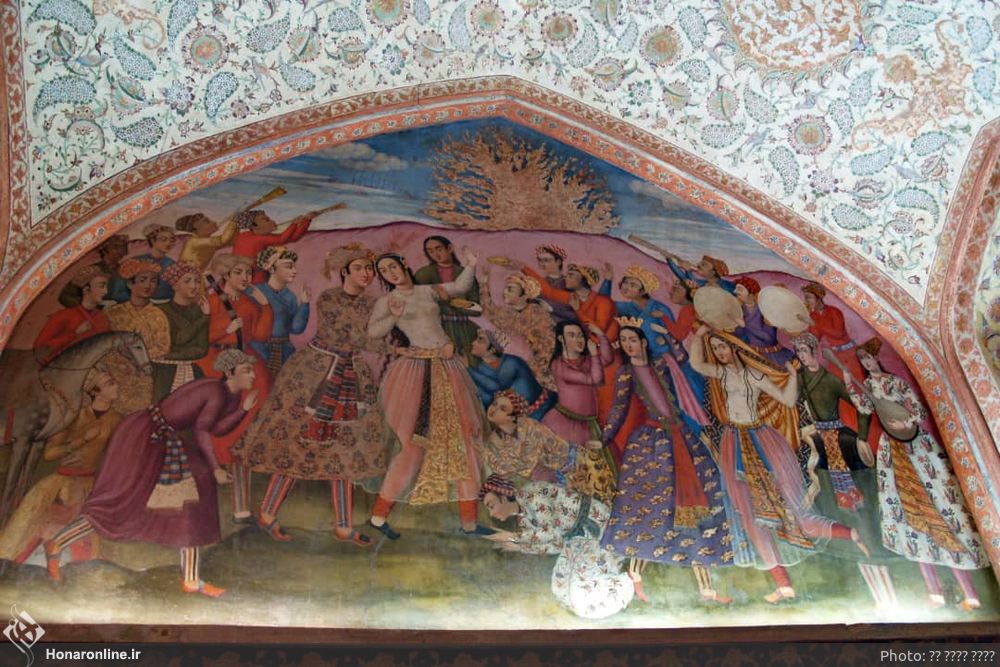 Fresco and mural painting has a long history in Iran, has been of great significance and has contributed to the Persian architecture in different ways.

The Parthian era was one of the epochs when the stucco art was booming, but when paintings and murals were also used to decorate monuments. From the Safavid era onwards, oil paint was used to draw large frescoes and murals. The knowhow to use this method had been adapted from the Europeans.

The status of the fresco art in traditional Iranian architecture has a direct role in visually organizing architectural environments as these paintings in different monuments established a form-based, semantic and conceptual relationship with the surrounding environment as well as the dominant architecture and the audience.

The following are images of some other wall paintings on Iranian monuments.