Frankfurt hosts a conference on investment in Iran 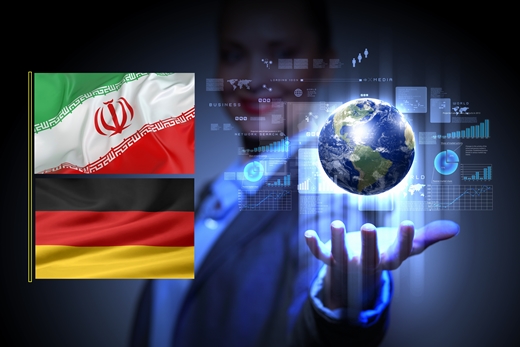 A German foreign trade expert has said that his country is seeking to raise its exports to Iran to € 5b in the next two years.

A high-profile conference has opened in Frankfurt, Germany to review the trade opportunities in post-sanctions Iran.

The Islamic Republic News Agency (IRNA) on November 18 published a report on the Business Forum, Iran Europe and remarks by a German trade expert on the prospect of trade ties between Berlin and Tehran.

The following is the translation of that report:

The Iranian participants will explain the new business climate in Iran for the representatives of the Europeans firms who are interested in learning about new and first-hand information about the projects the private and public sectors will carry out in Iran in coming years.

The European companies are willing to know about [and invest in] Iran’s major infrastructural projects in different sectors such as industries, mining, petrochemistry, energy, water, transportation and urban development.

Since the conclusion of a historic nuclear deal between Iran and P5+1 on July 14, the representatives of the German companies have rushed to Iran in the hope of inking profitable trade agreements with Iran.

The Association of German Chambers of Industry and Commerce (DIHK) has set a target of € 10b exports to Iran in the next four years as a result of the termination of sanctions against Iran.

DIHK chief foreign trade expert Volker Treier [the chief economist and managing director of the economic policy division at the DIHK] has said that Germany’s exports to Iran are likely to more than double to reach € 5b in the next two years.

Germany and Iran have held multiple trade conferences and meetings between business delegations in the past few weeks.

The volume of trade transactions between Iran and Germany hit the $ 2.8b mark in 2014, with Iran claiming a share of $ 336m.

Iran and Germany have had a long record of trade cooperation. Over the years, Germany has been Tehran’s largest trade partner, but in 2001 Germany stood second after Italy which became Iran’s main business partner.