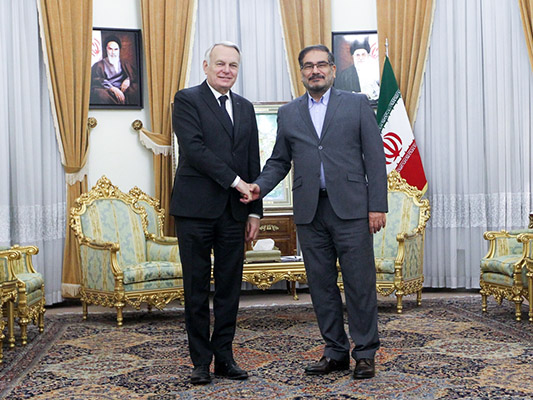 A top Iranian official criticized France for its support for the anti-Iran terrorist Mojahedin Khalq Organization (MKO), stressing the need to fight any type of terrorism with full force.

In a meeting with visiting French Foreign Minister Jean-Marc Ayrault, Secretary of Iran’s Supreme National Security Council (SNSC) Ali Shamkhani slammed the fact that the terrorist Mojahedin Khalq Organization (MKO) is operating freely in France and recalled the crimes committed by the MKO such as the killing of Iranian top officials and ordinary citizens.

“The Iranian nation has not forgotten the MKO’s criminal behaviour and their direct cooperation with former Iraqi dictator Saddam Hussein during the [Iraqi] imposed war [on Iran in the 1980s],” said Shamkhani.

He noted any kind of support for the terrorist group will send unfriendly messages to Iran.

He touched upon the acts of terror committed in France which left its innocent citizens dead, and reiterated the need to seriously deal with terrorism.

“Adoption of double standards in dealing with terrorism as well as dividing terrorism into good and bad will only result in further violence and crimes,” the senior Iranian official said.

He said the international community needs to take practical steps through a collective and genuine effort to cut off financial, military and other forms of assistance to terrorist groups across the globe. 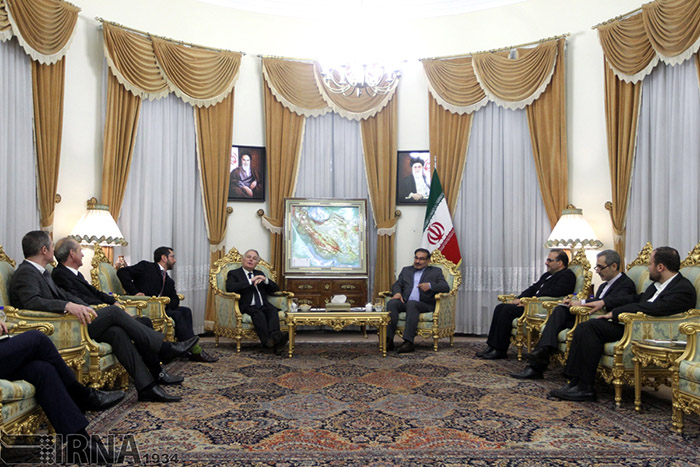 Shamkhani also welcomed the promotion of bilateral political and economic relations as well as the need to expedite efforts to remove remaining obstacles in the banking sector.

“The sustenance of the JCPOA [nuclear deal between Tehran and world powers] is subject to both sides’ remaining committed to their obligations,” said Shamkhani.

“Deviating from this trend [commitment to the deal] under any pretext and with whatever approach will result in reciprocal reaction,” he added.

Elsewhere in his remarks, Shamkhani expounded on the framework of cooperation between Iran, Russia and Turkey to develop and implement political initiatives to settle the Syria crisis, and added the initiatives led to the establishment of the most successful ceasefire in Syria over the past six years and direct talks between the government and militants.

He noted a political solution and dialogue hold the key to settling regional crises and should supersede the military option and use of terror as a tool to subdue political will.

He said the recent political achievements in Syria are the result of the activities of the legal Syrian government.

“If some parties [to the conflict] still seek to remove the legal Syrian president from power and form a political vacuum in the country, or want to work towards disintegrating Syria by raising such issues as the establishment of buffer zones, that will instead contribute to promotion of terrorism and perpetuation of the crisis in the region.”

Restoring Palestinians’ Rights Only Way to Bring Back Peace

Shamkhani praised Paris for holding a conference to express opposition to the Israeli settlement construction and call for an end to the Gaza blockade. It needs international pressure to restrict and counter Israeli occupation and crimes, he said. He went on to say that Europe should contribute to this process by sending clear and strong messages.

“The experience gained over the past decades has sent the message to the international community that the restoration of the Palestinians’ rights is the only way to restore tranquility to the occupied Palestinian territories.

He expressed grave concern over Saudi Arabia’s stepped up military action against Yemen and the killing of innocent Yemeni people, and hit out at European countries as well the permanent members of the UN Security Council for their silence and inaction in the face of such crimes.

“By continuing to sell weapons to Saudi Arabia and remaining indifferent toward the killing of innocent people and destruction of Yemen’s infrastructure, certain European countries are in fact aiding and abetting Riyadh’s crimes in this poor country (Yemen) and have subjected themselves to judgment by the international court of public opinion,” he said. 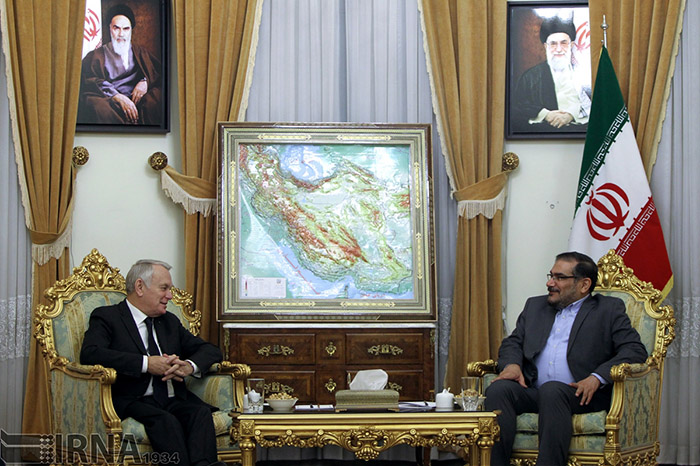 For his part, the visiting French foreign minister expressed delight over his trip to Iran and holding talks with senior Tehran officials.

Ayrault added, “The prospects of political and economic relations between Iran and France are very bright in the post-JCPOA era.”

He referred to regular and mutual visits to Iran and France by economic officials of both countries over the past year, and described as very good the efforts underway to lay the groundwork for further enhancement of bilateral economic relations.

“Iran has taken delivery of the first Airbus plane it had ordered, which is a clear sign that the way is paved for boosting economic cooperation between the two countries.”

The top French diplomat thanked Iran for making good on its commitments under the JCPOA without delay, and said the road ahead will definitely serve the interests of both countries on political and economic fronts.