France to Do Its Utmost to Protect Iran Nuclear Deal 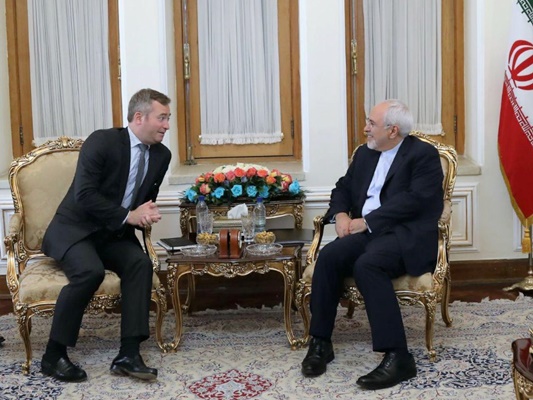 France’s Minister for Europe and Foreign Affairs Jean-Baptiste Lemoyne says his country will spare no effort to safeguard the nuclear deal between Tehran and world powers.

In a Saturday meeting with Iran’s Foreign Minister Mohammad Javad Zarif in Tehran, Lemoyne stressed that France will try its utmost to safeguard the Iran nuclear deal.

He also voiced his country’s interest in cooperating with Iran in settling regional crises, and added, “Promotion of cooperation with Tehran is among Paris’ priorities.”

He also noted that he was honoured to be attending Iranian President Hassan Rouhani’s swearing-in ceremony.

Zarif, for his part, described France as one of Iran’s important partners in the European Union, and said Iran is working with France in various bilateral and regional areas.