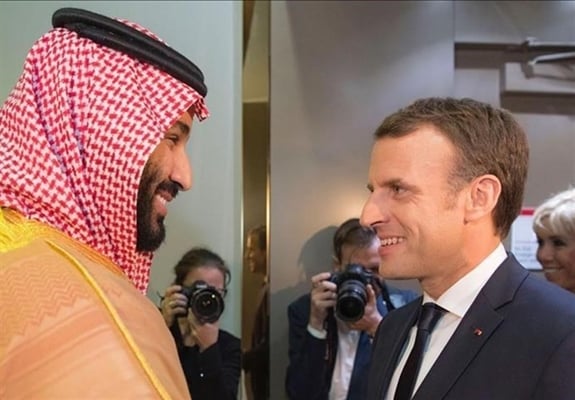 France as one of the signatories to the nuclear deal, which had promised to protect Iran's foreign trade against US sanctions along with two European countries of Germany and the UK, has stopped oil imports from Iran in September before oil sanctions come into force.

The latest figures released on the European Commission’s website indicate that Iran’s oil exports to the EU in the first nine months of 2018 rose 12% year-on-year.

The European Union imported 11.133 million tonnes of oil from Iran between January and September 2017. The figure increased to 12.558 million in the same period in 2018.

According to a report by Entekhab, Greece, Spain, France and Italy were the main importers of European oil in the first nine months of 2018.

In recent months, France has reduced imports of Iranian oil, while routinely it imports 300,000 to 800,000 tonnes of oil from Iran monthly.

This figure has dropped to 40,000 tonnes in August, and France has not imported any oil from Iran in September.

In the first nine months of 2018, Turkey has imported 6.451 million tonnes of oil from Iran, according to the report.

Turkey’s oil imports from Iran has dropped by 33% in comparison to the same period last year. In the first nine months of 2017, Turkey had imported 9.621 million tonnes of oil from the Islamic Republic.

The United States introduced new sanctions on Iran’s energy sector on 5 November, with a stated goal to cut the Islamic Republic’s oil exports to zero.

However, Amir Hossein Zamani-Nia, Iran’s deputy minister of petroleum for international affairs and commerce says the number of potential buyers of Iranian oil has increased despite US threats of sanctions.

He stressed that regardless of US pressure, the number of potential buyers of Iran’s oil has increased due to the competitive nature of the market and growing cupidity for more profitability.

Back in May 2018, US President announced the decision to withdraw from the 2015 Joint Comprehensive Plan of Action which saw anti-Iran sanctions lifted in exchange for Tehran maintaining the peaceful nature of its nuclear programme.

Trump also decided to reinstate all sanctions and impose a new set of restrictions on Tehran’s energy, shipping, financial and other sectors, and pledging to cut the country’s oil exports to zero.