France Reaffirms Resolve to Save JCPOA in Tehran 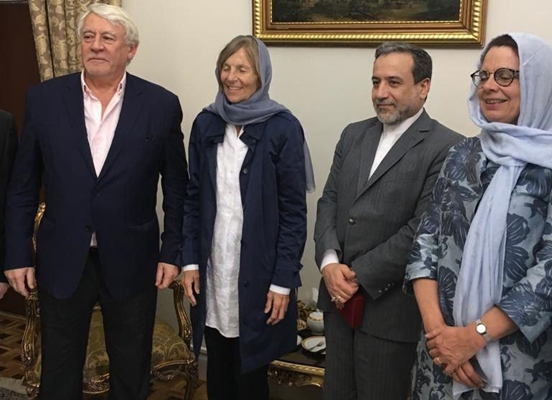 A senior French parliamentarian has once again underlined her country’s resolve to salvage the 2015 nuclear deal between Tehran and world powers, saying every effort should be made to maintain the accord.

The remarks were made by Chairwoman of the Foreign Relations Committee of the French National Assembly Marielle de Sarnez in a meeting with Iranian Deputy Foreign Minister for Political Affairs Seyyed Abbas Araqchi in Tehran.

In the Saturday meeting, Araqchi and de Sarnez exchanged views on different subjects, including the Iran nuclear deal as well as regional and international issues.

The French parliamentarian stressed that the JCPOA is regarded as progress and a diplomatic success. She said it is important to preserve the Iran nuclear deal and every effort should be made to maintain the agreement.

She also touched upon Iran’s key status in the region and emphasized the necessity of holding talks with Tehran on regional and international issues.

Araqchi, in turn, said, “The economic war launched by the United States against Iranian people is targeting the security and stability of the whole region and has caused tension in the region.”

“The Iran nuclear deal is the only successful diplomacy experience to solve problems in the chaotic West Asia region. By withdrawing from the agreement, the US has jeopardized diplomacy and multilateralism and has subjected this experience to failure,” he said.