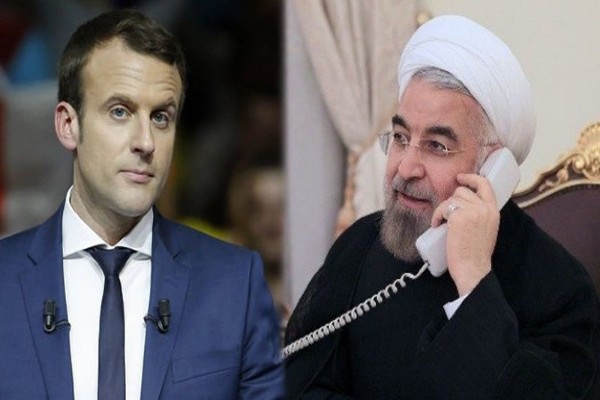 President of France has admitted to his Iranian counterpart that the European Union has failed to take sufficient and effective measures to make up for the American sanctions against Iran after the US withdrawal from the 2015 nuclear deal.

Iranian President Hassan Rouhani and his French counterpart Emmanuel Macron discussed a range of bilateral, regional and international issues in a telephone conversation on Saturday.

In their talks, Macron said France concedes that Europe’s measures to make up for the US sanctions on Iran have been unsuccessful and ineffectual, but pledged that the Europeans will do their utmost to compensate for the American pressures against Tehran.

The EU has been strongly opposed to the US withdrawal from the Joint Comprehensive Plan of Action (JCPOA) from the beginning, Macron noted, saying the EU wants the nuclear deal to be saved and has put efforts into it.

Stressing the need to control the situation and carry out new plans and measures to salvage the JCPOA, Macron warned that a collapse of the nuclear deal would be tantamount to a confession of collective failure and a deplorable incident.

The French president also called for the selection of the “second path” to save the JCPOA and contribute to de-escalation of tensions, voicing Paris’ readiness to double down on its efforts to serve Iran’s demands, namely a ceasefire in the US economic war.

For his part, President Rouhani denounced the US economic war on Iran, warning that its continuation could have far-reaching effects on the other parts of the world.

Slamming the US sanctions against the Iranian nation as an act of terrorism and an economic war, President Rouhani said, “The continuation of this economic war could result in other threats to the region and the world.”

He also reminded France of Iran’s “strategic patience” and the great efforts it has been making over the past 14 months to keep the nuclear agreement alive despite a whole host of American pressures and sanctions.

President Rouhani reiterated that Iran’s new decision to reduce certain commitments under the JCPOA has been in conformity with the deal and meant to save it.

He also called on the European Union to honor its commitments to the international treaties and the United Nations’ resolutions and also to step up efforts to save the JCPOA by taking a series of measures.

President Rouhani finally made it clear that ending the whole sanctions against Iran would open up a new opportunity for interaction between Iran and the Group 5+1 (Russia, China, the US, Britain, France and Germany).

In May 2018, US President Donald Trump pulled his country out of the JCPOA, a 159-page nuclear agreement between Iran and the Group 5+1 that came into force in January 2016.

However, the EU’s failure to ensure Iran’s economic interests forced Tehran to stop honoring certain commitments on May 8, 2019.