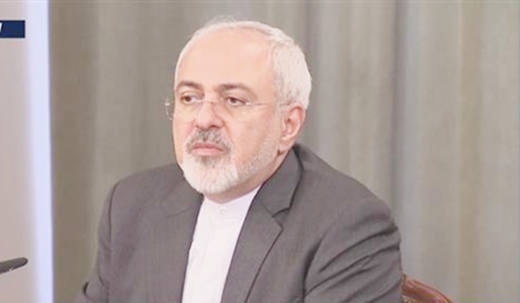 In a joint press conference with his Russian counterpart, Zarif said Iran believes all regional players should redouble their efforts to address regional issues, including extremism.

Addressing a joint press conference with Russian Foreign Minister Sergei Lavrov in Moscow on Monday, Zarif said Iran believes that all regional players should redouble their efforts to address regional issues, including extremism.

As far as regional issues are concerned, the Iranian minister added that Tehran and Moscow emphasized the settling of all issues in the region through political approaches.

The people of the countries that are facing problems should decide their future, Zarif pointed out.

Zarif added that Iran rejects any kind of foreign intervention as it violates the sovereignty of regional countries.

He emphasized that in his talks with Lavrov, the two sides agreed to hold a meeting of an intergovernmental commission this fall.

He noted that Tehran and Moscow would also expand consular cooperation which will benefit the two countries’ people.

The Iranian foreign minister also described Russia as Iran’s number one partner in the nuclear industry.

Also addressing reporters prior to the press conference, the Iranian and Russian foreign ministers urged the speedy implementation of plans to strengthen mutual relations in all fields.

He added that the nuclear agreement signed between Iran and six world powers known as the Joint Comprehensive Plan of Action (JCPOA) would help Tehran and Moscow bolster their ties and noted that the two sides have what it takes to boost cooperation in economic, cultural and commercial areas.

He emphasized that Iran and Russia would proceed with the expansion of ties on regional and global developments.

The Russian foreign minister, for his part, said the two countries would follow up plans to boost relations.

Lavrov expressed his country’s willingness to cooperate with Iran to resolve the ongoing issues in the Middle East and North Africa.