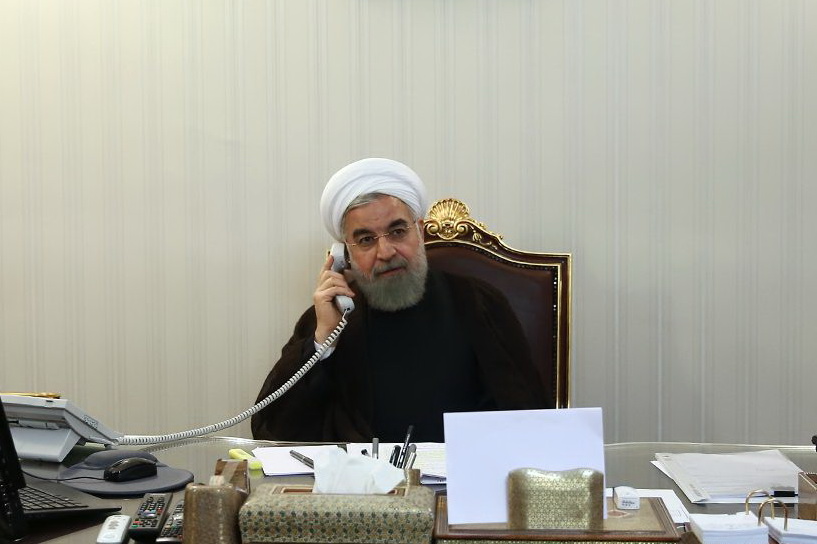 Iranian President Hassan Rouhani says Tehran is against any kind of foreign intervention in Iraq’s internal affairs and considers it detrimental to the Arab country and the entire region.

Speaking in a phone conversation with Iraqi Prime Minister Mustafa al-Kadhimi on Saturday, the Iranian president said the security, integrity, and peace in Iraq is a priority for Iran.

“We are against any kind of foreign intervention in Iraq’s internal affairs and we consider it detrimental to the country and the entire region,” he noted.

President Rouhani described Iraq as a Muslim country and a friend of Iran which has a very important position in the political and security interactions of the region.

He also stressed the development of relations and cooperation between the two countries in all fields of mutual interest.

Rouhani referred to the potentialities in Iran and Iraq for cooperation as two neighbouring countries, and said, “The promotion of economic cooperation alongside political relations is very important.”

The president also referred to the billions of dollars of Iran’s money illegally blocked in Iraq, which has not been yet released despite the promises of Iraqi officials, stressing that Iran’s assets in Iraq should immediately be released.

The president further noted that the presence of American troops in regional countries, including Iraq, causes instability.

“The Americans have always had a destructive role in the region, and the acceleration of implementing the Iraqi parliament’s resolution regarding expelling American troops from the country can help establish peace and stability in the country and the region,” he added.

Stating that regional issues and problems need to be resolved by regional countries themselves, President Rouhani emphasised Iran’s readiness for cooperation with regional countries in this regard with the aim of preserving security and peace.

The president also referred to the good agreements between Tehran and Baghdad for development of cooperation and relations, including the Shalamcheh-Basra railway project, stressing the importance of accelerating the implementation of the agreements.

“Fortunately, important steps have been taken in this regard, and we need to attempt to consolidate and develop this relation further,” he added.

In turn, the Prime Minister of Iraq described Iran as a friendly country and a good neighbour of Iraq, and stressed the development of relations between the two countries in all fields.

He further described the Shalamcheh-Basra railway as an important step in the development of economic and trade relations between Tehran and Baghdad.

“Fortunately, with the changes in the American administration, new conditions have been provided for countries for cooperation, and Iraq will do whatever it can for the complete lifting of the sanctions against Iran.”

The Iraqi Prime Minister also said that a special committee has been formed in the country to facilitate the process of the transit of goods between the two countries.