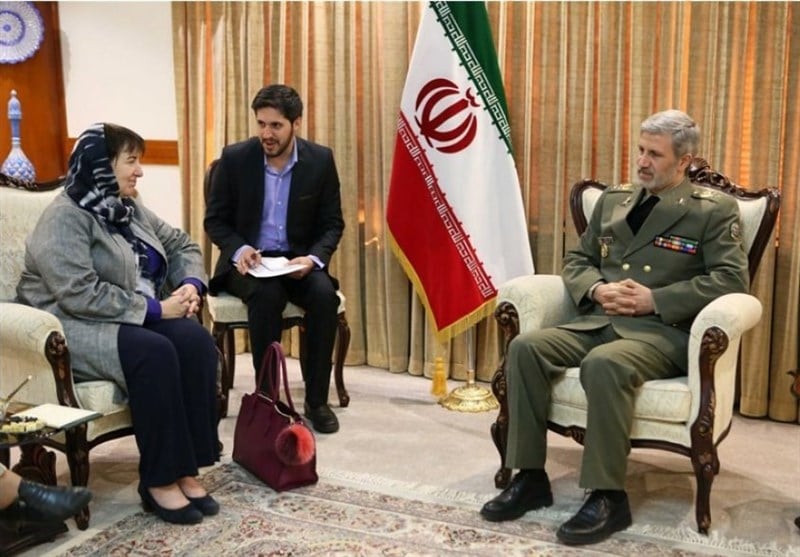 Speaking in a Tuesday meeting with Susanna Terstal, the Netherlands’ ambassador to Iran, General Hatami said though parts of the chaos are deeply rooted in the regional issues, foreign powers play a leading role in fanning the flames of the Mideast crises.

“As US officials confessed, Washington established the ISIS terrorist group in the region and provided it with financial and military support by allocating $550m to keep them alive,” he was quoted as saying in a Farsi report by Fars News Agency.

He then referred to the ongoing humanitarian catastrophe in Yemen and called on the Netherlands as a non-permanent member of the United Nation Security Council as well as its permanent members to stop Saudi Arabia’s relentless war on the impoverished country and deaths of innocent civilians including women and children there.

General Hatami dismissed as ridiculous the US claims about Iran’s sending missile to Yemen and said amid the current all-out siege imposed on Yemen, sending even medicine and food aid to Yemen is near to impossible, let alone missiles.

“Such claims are levelled against the Islamic Republic of Iran to divert the international community’s attentions from the crimes underway in Yemen,” he said.

During the meeting, the Iranian top military commander also expressed the Islamic Republic’s interest in expanding its defence relations with the Netherlands saying the two sides have historical relations with each other.

He underlined the importance of defence capability in today’s world and added “today, with the eight-year experience of the war imposed by Iraq on Iran, we have come to this strategic conclusion that national security cannot be provided without defence capability and high deterrence power,” he said.

General Hatami also said the Islamic Republic of Iran has always respected the independence, territorial integrity and the national sovereignty of all states and noted, “We are mainly focused on strengthening our defence capability and deterrence.”

For her part, the ambassador of the Netherlands referred to the efforts underway to expand bilateral ties between Iran and the Netherlands and said her country is interested in enhancing its military ties with the Islamic Republic.