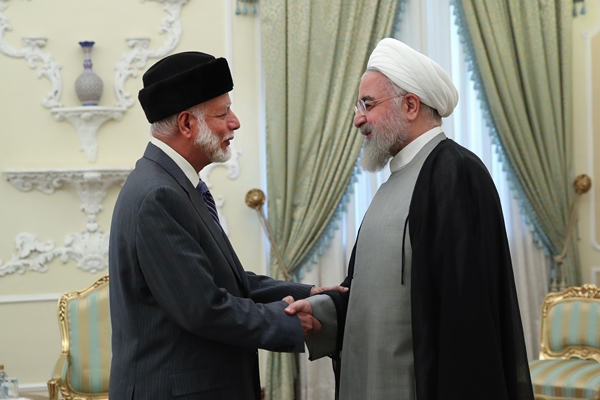 Iranian President Hassan Rouhani has referred to the presence of foreign forces in the region as the root cause of regional tensions and insecurity.

President Rouhani made the remarks in a meeting with Oman’s Foreign Minister Yusuf bin Alawi on Sunday in Tehran.

President Rouhani underlined that Iran has always sought to create a secure environment for free shipping in the Persian Gulf, Strait of Hormuz and the Sea of Oman.

He also expressed Tehran’s interest in expanding mutual ties with Muscat in all areas and said the relations between Iran and Oman have always been friendly.

“We should make hard efforts to expand mutual ties in various areas particularly energy and trade through more reciprocal visits and consultations on all issues,” he said.

Oman’s top diplomat arrived in Iran on Saturday to hold talks with Iranian officials amid rising tensions in the region.

Tensions have been running high between Iran and the US since last year after the latter unilaterally withdrew from the 2015 multilateral nuclear deal and unleashed the “toughest ever” sanctions against the Islamic Republic.

Oman says it is seeking to reduce tensions between the two sides.