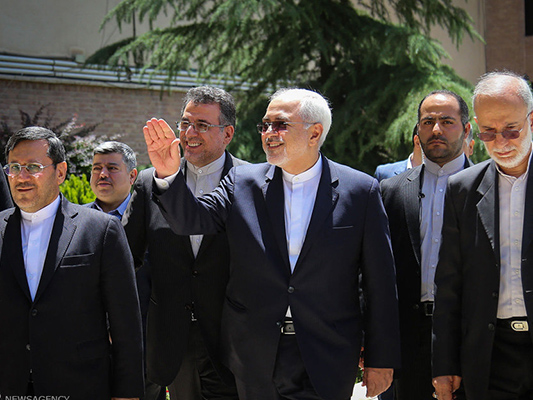 Iranian Foreign Minister Mohammad Javad Zarif assured the Iranian expatriates that their votes in Iran’s presidential election will be protected.

Speaking in a visit to the Iranian expatriates’ election headquarters at the Foreign Ministry in Tehran, Zarif vowed to safeguard the ballots cast by Iranians living in other countries.

Great turnout in Iran’s presidential election indicates how much the people attach importance to the religious democracy in Iran, Zarif noted, as reported by IRNA.

Iranians in 103 countries are casting their ballots. The first votes were cast in New Zealand, and people in various parts of the world are now in lines to vote for their favourite candidate.

According to reports, over 56 million of Iranians are eligible to go to the polls. Out of the total eligible voters over 1.3 million are those who vote for the first time.

Polling stations for the 12th presidential election and the fifth city and village councils elections are open from 8 am (Iran standard time) until 6 pm although authorities have announced that the country’s 63,500 polling stations could extend their voting time if necessary.