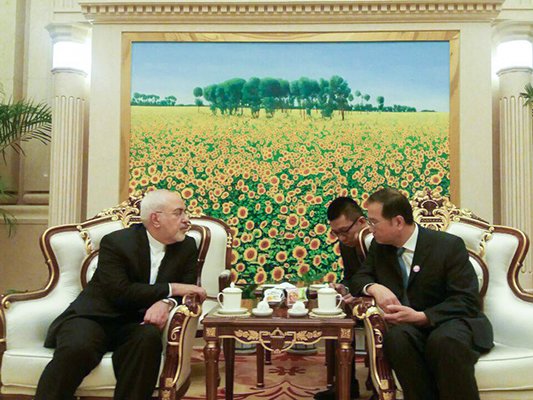 Iran’s Foreign Minister Mohammad Javad Zarif has arrived in Beijing as the first leg of his international visits aimed at ensuring that the country’s interests in the nuclear deal are guaranteed.

Speaking upon arrival in the Chinese capital, Zarif told reporters, “European countries should give me assurances that the Iranian nation’s interests will be safeguarded despite the United States’ withdrawal from the JCPOA.”

He said the most important action that Europe can take is to give Iran guarantees that it can keep reaping the benefits of the nuclear deal.

The foreign minister noted that Europe has, on numerous occasions, called on Iran to stay in the nuclear deal, IRNA reported.

The top diplomat, who will later leave Beijing for Moscow and Brussels, described his trips as significant.

“Iran’s relations with these countries have always been good and positive, and become all the more important now that the US has pulled out of the JCPOA,” said Zarif.

Zarif’s trip to China is the first leg of his three-nation tour, during which he is to sit down with officials to discuss how Europe is to guarantee Iran’s interests under the JCPOA.