FM spokesman: Iran will respond to US measures against its defense plans 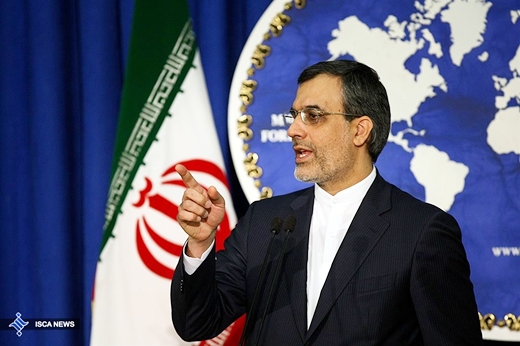 The Foreign Ministry spokesman has said that Tehran has warned the US administration that Iran's missile program has nothing to do with the Joint Comprehensive Plan of Action.

The Foreign Ministry spokesman has said that Iran will boost its defense capabilities to respond to any interventionist measures by the United States against its defense plans.

Hossein Jaber Ansari made the remark in reaction to reports that the US is preparing fresh sanctions to impose on the Islamic Republic over its ballistic missile program.

CNN has quoted US officials as saying on Wednesday that the Treasury Department is preparing sanctions against a number of Iranian and other international companies and individuals for their alleged role in developing Iran’s ballistic missile program. Officials said that the move was in response to Iran’s test launching of two ballistic missiles in October and November.

Reports suggest that the sanctions would be aimed at companies and individuals in Iran, the United Arab Emirates and Hong Kong for their alleged role in developing Iran’s ballistic missile program.

The sanctions would forbid US or foreign nationals from conducting business with the blacklisted firms, as well as freeze any assets the companies or individuals hold inside the American financial system.

The following is the translation of what else the spokesman said as reported by Fars News Agency on December 31:

The spokesman rejected such measures as unilateral, willful and illegal and said that the Islamic Republic of Iran has warned the US administration that Iran’s missile program – as the Americans have already admitted that – has nothing to do with the Joint Comprehensive Plan of Action (JCPOA) [the country struck with P5+1 back in July].

No measure can deny the Islamic Republic of Iran its legal and legitimate right to boosting its defense capabilities and national security, he added.

Jaber Ansari went on to say that by bolstering its defense capabilities, the Islamic Republic of Iran will respond to any measure by Washington which interferes with Iran’s defense plans.