FM: Iran to continue efforts to reach good and prompt agreement in Vienna 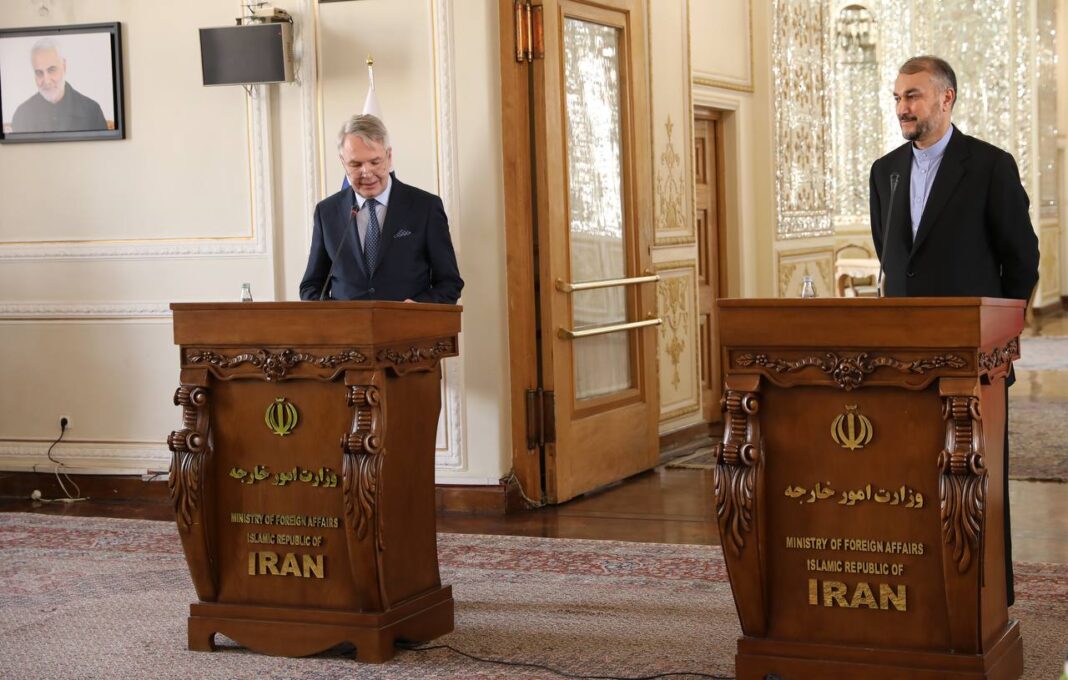 Iranian Foreign Minister Hossein Amir Abdollahian says Tehran will continue to work for “a good and even prompt agreement” during the upcoming Vienna talks, with “optimism, goodwill and seriousness.”

Amir Abdollahian, who was speaking during a press conference after meeting with Finland’s Foreign  Minister Pekka Haavisto in Tehran, touched on the talks, scheduled to resume between Iran and the P4+1 group Tuesday in the Austrian capital.

“We hope in this phase, we get close to a final agreement. Our ability to ensure that the negotiations in the coming days lead to a good agreement, hinges on the initiatives and the behavior of the three European countries and the United States,” he said.

“In the latest texts drawn out in the Vienna negotiations, parts of our demands in the area of removal of sanctions are yet to be addressed. In the coming days in Vienna, the negotiating team will focus on a document that is scheduled to be agreed, and different parties will show their commitment to their obligations under the Joint Comprehensive Plan of Action,” he said.

The foreign minister also stressed that Iran does not consider Europe solely Britain, France and Germany and is pursuing a balanced policy in which relations with the entire Europe are in its focus.

Referring to the talks with his Finnish counterpart, Amir Abdollahian added the two sides called for an end to the war on Yemen, the removal of the siege on the Yemenis, the holding of a ceasefire and talks between Yemeni groups.

He added the two top diplomats also supported the formation of an all-inclusive government in Afghanistan.

Finland’s Foreign Minsiter Pekka Haavisto also expressed his country’s support for the revival of the Joint Comprehensive Plan of Action, saying “we know Iran has good cooperation with the IAEA and will increase our cooperation with Iran after the JCPOA.”