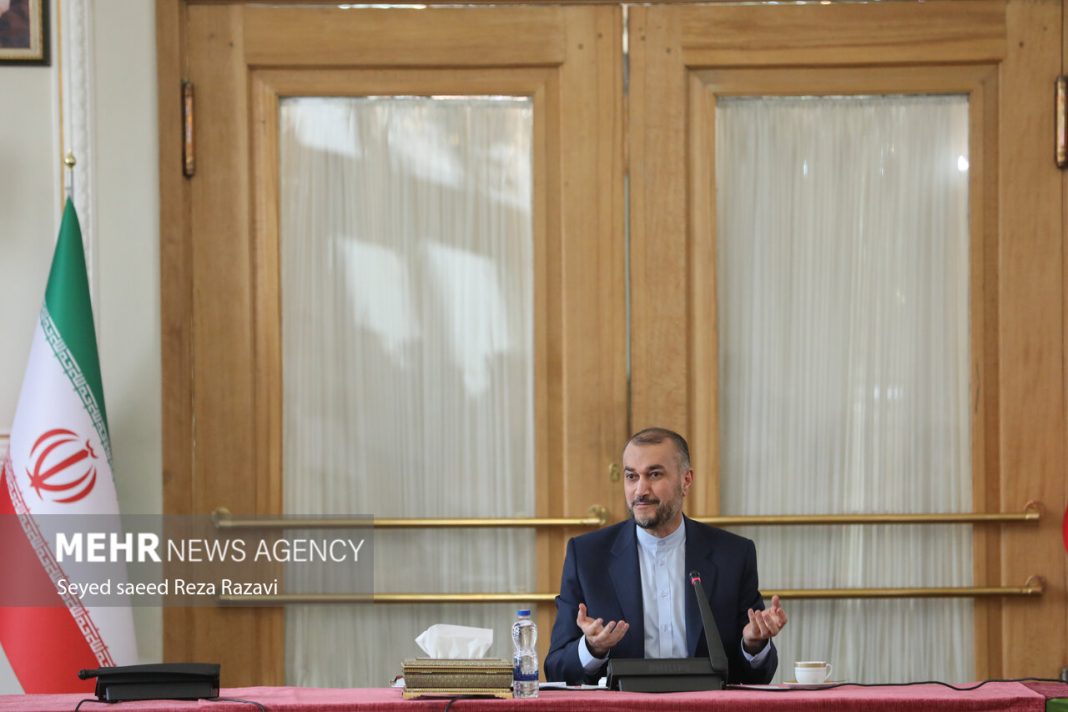 Iranian Foreign Minister Hossein Amirabdollahian has in a tweet hailed the upcoming summit of the presidents of Iran, Russia and Turkey as an opportunity for the three countries to boost their ties and economic cooperation.

Amirabdollahian also said the summit provides an opportunity to focus on regional security by way of resorting to political solution and avoiding use of force and to guarantee food security.

The top Iranian diplomat described Iran as the focal point of dynamic diplomacy.

Russian and Turkish Presidents Vladimir Putin and Recep Tayyip Erdogan are going to visit Tehran on Tuesday for the Astana format talks that is tasked with restoring peace and security in Syria.

The developments in northern Syria are said to top the agenda of the summit.

Turkey has thretened to invade northern Syria to combat Kurdish forces Ankara claims pose a threat to its security.