Who Did First Block Iranian People’s Access to Internet? 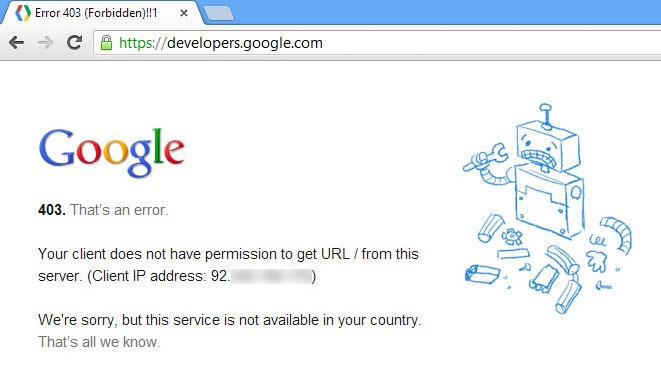 The global reactions to the temporary restriction of social media in Iran amid the recent unrest raises a serious question for Iranian people: if the freedom of Internet is so much important for other countries, why don’t we see any major reaction to the anti-Iran technology sanctions?

“Use of this service is restricted for your country.” This is a sentence that has deprived Iranian elites from having free access to information, and has for years kept Iranians from enjoying full benefits of the Internet and modern technologies.

Iranian people are considered first-class citizens of the global village only when it comes to the use of Internet for inviting people to street riots. However, if an Iranian wants to use the online territory for science and research, the “visa ban” applies to him/her.

Internet sanctions are good, but just for Iran!

We will later name several countries that have restricted social media in order to ensure their national security without any severe political and media pressure. We can even conclude that during the recent unrest, the Iranian government has shown much more tolerance than the Western countries who claim to be protectors of citizens’ rights. However, the important point is to understand that maintaining peace, security, and national interests is the top priority of any state. All countries, even those whose media is spreading propaganda against the Iranian government, would implement various restrictive measures in emergency situations in order to ensure their security.

Despite all these points, the international media harshly criticized the Iranian government for restricting people’s access to Telegram and made a fuss about it. This, however, has create a more serious question for Iranian netizens: if the freedom of Internet and the Iranians’ use of online services is so much important for other countries and international media, why have they refused to show any major reaction to the fact that Iranian people are deprived of using many online services due to sanctions? Iranian netizens are tired of receiving the message “this service is not provided for your country”. The United States’ widespread technology sanctions, in many cases, have even deprived Iranian people from receiving online training courses, web hosting services, Google’s specialized services, and the like. What is the difference between the Western governments’ restriction of professional Internet services for Iranian users and the Iranian government’s move to restrict certain online services in order to counter street riots?

Why was Telegram blocked in Iran?

A decision to restrict the Iranian people’s access to Instagram and Telegram messaging app amid the recent unrest in Iran has made the headlines within the past few days. The decision seems to be mainly aimed at preventing the activities of certain Telegram channels and Instagram pages that published fake news, spread rumours, and incited violence.

Blocking the Internet is bad, but just for Iran!

As expected, immediately after Iran’s decision to restrict access to Telegram and Instagram, which was made in order to prevent the expansion of rioters’ activities, foreign media started criticizing the Iranian government’s decision, describing it as a violation of freedom and civil rights. However, Iran is not the only country that restricts social media in order to control street unrest and prevent the spread of violence.

In August 2011, unrest and street violence broke out in London and several other cities in the UK after the British police killed a 29-year-old man. The British government believed the rioters coordinated their moves using social media, and thus it asked Facebook, Twitter, and Blackberry to restrict these people’s access. Some of these networks accepted the request, but UK Prime Minister David Cameron told the House of Commons that his government was “working with the police, the intelligence services and industry to look at whether it would be right to stop people communicating via these websites and services when we know they are plotting violence, disorder and criminality.” At the same time, the UK police announced it would arrest anyone who sends violence-promoting messages using the Blackberry Messenger.

In exactly the same month, the US government shut down cell phone services, including mobile Internet access, in several parts of San Francisco in an attempt to control violence that had resulted from the police’s killing of a number of black and homeless people. The US officials believed that protesters were coordinating their plots to exacerbate the violence using online services.

The Freedom of Information Act (FOIA) of the US also includes protocols for limiting the access of citizens and mobile phone users to the Internet at the time of a national crisis. However, the US government has used the Act even against those who protested the construction of North Dakota oil pipeline.

Even France, which claims to be an advocate of Western liberties, has shown no mercy to the Internet and social media users whenever it comes to national security and interests. In 2015, France used an armed attack on Charlie Hebdo’s office as a pretext to block many websites. It even approved an emergency law that allowed the French interior minister to restrict websites and social media if deemed necessary. In 2016, the French ministry of justice arrested at least 39 people just for visiting websites that, according to the ministry, were affiliated with terrorists. Later in 2017, the French government urged the removal of videos related to the 2016 armed attacks on Nice. In the same year, the access of 11 million French people to Google, Wikipedia, and some other websites was temporarily blocked.