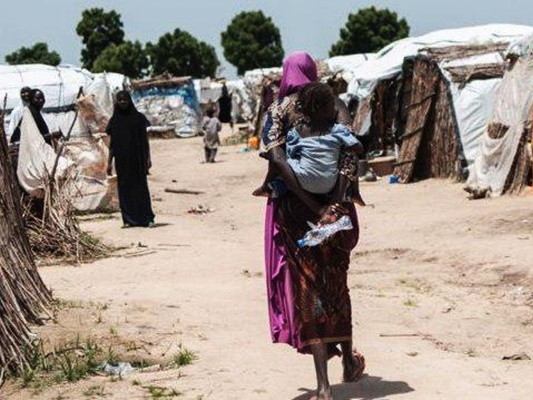 In a move to avoid detection, female suicide bombers in Nigeria blow themselves up while carrying babies.

Authorities have warned that the sick tactic of carrying babies in suicide attacks could become a ‘dangerous’ trend among terrorists after nine people died in a blast earlier this month.

Two of the suicide bombers who carried out an attack on January 13 in Madagali had babies strapped to their backs.

The women apparently passed a vigilante checkpoint and were mistaken for civilians because they were carrying infants.

Two other women who were not carrying infants were stopped at the checkpoint, Eye Witness reported.

Boko Haram, an extremist militant group that has ravaged Nigeria, is suspected to have carried out the bombing.

The group has killed 15,000 people and displaced more than two million others during a seven-year insurgency aimed at creating an Islamic caliphate in the north of Nigeria.