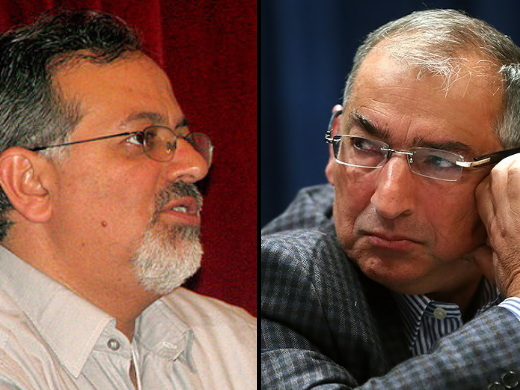 The principlist news agency urges two university professors to read a book by an American investigative journalist to find answers to their questions.

The comments of Sadegh Zibakalam [a university professor and political analyst] and Ahmad Shirzad [a university professor and former MP] on the country’s nuclear program at a student gathering at University of Tehran have drawn an angry reaction from principlist media and political figures, including some MPs. In addition to an editorial by its managing editor Hossein Shariatmadri, Kayhan ran a report by Fars News Agency on December 22 which took a swipe at the two. The following is the translation of the piece which appeared on page two of the principlist daily:

In a cover letter, the Fars News Agency official told the pair, “You have said that the country has had to experience pressures and sanctions for opting to have nuclear technology. Nuclear program has turned into an honor issue and one cannot negotiate on their honor. Why should we tolerate sanctions and pressures? We have crossed the red lines of major powers. What difference does it make to have 10,000 centrifuges or simply 10? No water can be removed from the nuclear well!”

Seyyed Yaser Jebraeili went on to say, “American Gareth Porter has presented evidence to answer all the questions you Iranians have posed. If these questions and the like really prompted you to scratch your heads and if by posing them in a student gathering, you truly sought answers, going through Manufactured Crisis will help you put those questions to rest. I hope you are man enough to rethink your line of thinking and make your revision public. Come out of the Liberalist camp and join the ranks of the nation.” 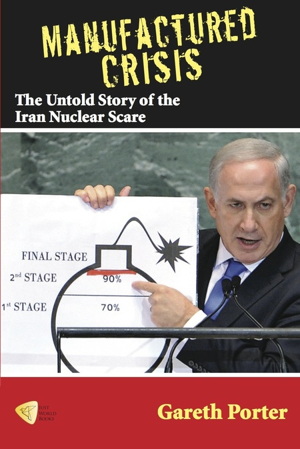 * [Amazon Description] In Manufactured Crisis, Gareth Porter brings together the results of his many years of research into Iran’s nuclear technology program. He shows that the origins of the Iran nuclear “crisis” lay not in an Iranian urge to obtain nuclear weapons but, rather, in a sustained effort by the United States and its allies to deny Iran its right, as guaranteed in the Nuclear Non-Proliferation Treaty, to have any nuclear program at all. The book highlights the impact that the United States’ alliance with Israel had on Washington’s pursuit of its Iran policy and sheds new light on the US strategy of turning the International Atomic Energy Agency into a tool of its anti-Iran policy.
› Subscribe
Share
Facebook
Twitter
ReddIt
Email
Print
Telegram
WhatsApp
VK
LINE
Viber