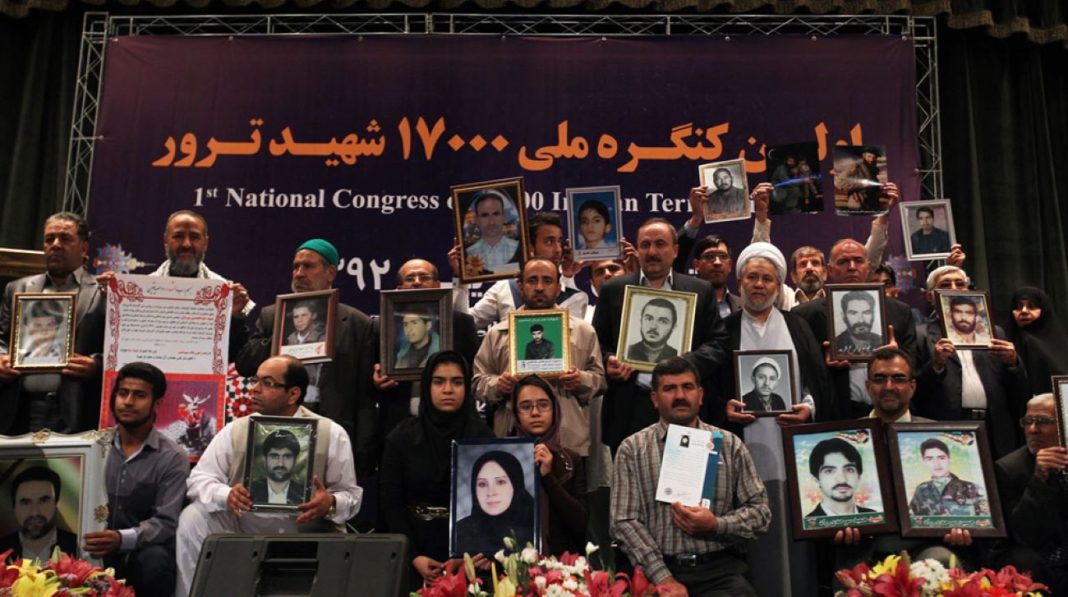 The families of the Iranian terror victims have slammed Albania for hosting the anti-Tehran Mujahedin-e-Khalq Organization (MKO) terrorist group.

They referred to what they called a secret deal between the US and Albania almost ten years ago when the latter accepted to take in more than 2,000 MKO members in return for $20 million after they were expelled from Iraq and other countries, including the US, refused to provide them with refuge.

However, the letter said, Albania violated its commitment to not allowing the MKO to take anti-Iran measures while on Albanian soil and instead turned into a hub of interference by the terror group and countries hostile to Iran.

The open letter, published on Monday, was written in the wake of the Albanian government’s recent move to sever diplomatic ties with the Islamic Republic after accusing Tehran of orchestrating a “cyberattack” against Tirana.

It also criticized Albanian officials for visiting with the MKO head, warning that “Tirana has put itself among the enemies of Iran without having a clear understanding of the capability of an Iranian response.”

These visits, it added, show that “the Albanian government is knowingly taking steps in a hostile path against their country and is cooperating on planning and implementing acts of sabotage against Iran.”

Simultaneous with those meetings, MKO-led cyberattacks against Iran and the group’s terror activities against different Iranian centers and locations increased, it noted.

Referring to Albania’s recent decision to sever diplomatic ties with Iran, the letter stated that the move was taken under the influence of certain countries, as well as the MKO terror group.

The letter also said that the Albanian government is rapidly turning the country into a center for creating security crises for Europe, the Balkans and Iran, adding that the Albanian authorities seem to have forgotten that they are backing a terror group that has taken responsibility for killing more than 12,000 Iranian people and officials.

It further rejected the claim by the Albanian authorities that their country is hosting “the Iranian opposition” members, denouncing the claim as an attempt to deceive the general public to justify hosting a terrorist group.

The letter also warned Albanians of the threats and repercussions of the presence of the MKO terror group in their country saying that other countries in the world have refused to play host to the terror group as they are aware of the security threats and legal consequences it posed.

The letter concluded that to establish peace and security, all terrorists should be contained and brought to justice.

In 1986, Iran asked France to expel the group from its base in Paris, following which it moved its base to Iraq.

The group members spent many years in Iraq, where they were hosted and armed by the former Iraqi dictator Saddam Hussein. They sided with Iraq during the 1980-88 war against Iran and then helped the Iraqi dictator quell uprisings in various parts of the Arab country.

Albania started hosting the terrorists after the cult was shunned by the government of former Iraqi prime minister Nouri al-Maliki.

The European Union, Canada, the United States, and Japan had previously listed the MKO as a “terrorist organization.”

The group throws lavish conferences every year in Paris, with certain American, Western, and Saudi Arabian officials in attendance as guests of honor.