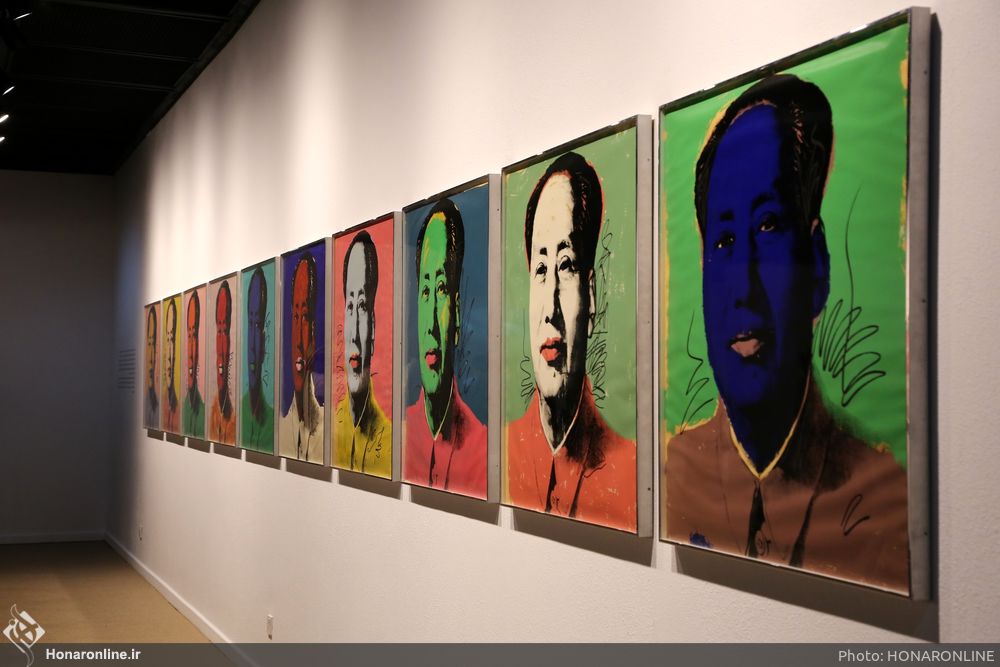 An exhibition showcasing several of American Artist Andy Warhol’s works have opened at the Tehran Museum of Contemporary Art.

Some of these works of art have been taken out of the museum’s storehouse and put on show for the first time.

The exhibit displays seven collections of Warhol’s works containing a total of 27 works of art.

It is the fourth exhibition of the Tehran Museum of Contemporary Art to have reopened since the coronavirus outbreak.

“The storehouse of the Tehran Museum of Contemporary Art is the West’s largest modernistic treasure trove in the East,” said the curator of the exhibition.

Andy Warhol (August 6, 1928 – February 22, 1987) was an American artist, film director, and producer who was a leading figure in the visual art movement known as pop art.

His works explore the relationship between artistic expression, advertising, and celebrity culture that flourished by the 1960s, and span a variety of media, including painting, silkscreening, photography, film, and sculpture.

Some of his best known works include the silkscreen paintings Campbell’s Soup Cans (1962) and Marilyn Diptych (1962), the experimental films Empire (1964) and Chelsea Girls (1966), and the multimedia events known as the Exploding Plastic Inevitable (1966–67).