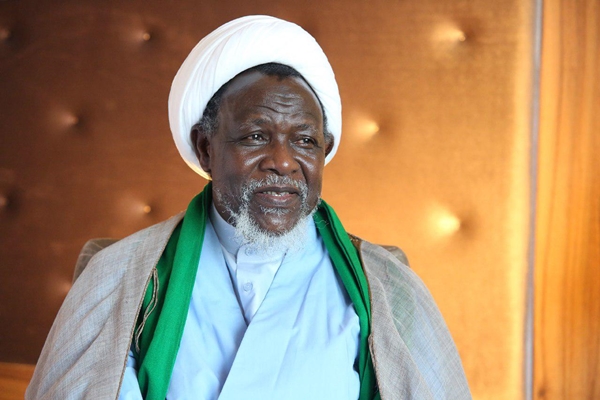 Following arrangements made between the Nigerian government and the Islamic Movement in Nigeria (IMN), leader of the movement, Sheikh Ibrahim Zakzaky and his wife are set to be released soon for medical treatment abroad, an informed source told the Iran Front Page.

The leader of the Nigerian Shiite Muslims, Sheikh Zakzay, was seriously wounded during the raid of Nigerian government forces on an IMN gathering in his house in December 2015. Hundreds of Nigerian Shiites including three members of Zakzaky’s family were also martyred. He along with his wife has been held in detention since then.

An international medical team from the London-based Islamic Human Rights Commission (IHRC) visited Sheikh Zakzaky and his wife in jail recently following arrangements made between the IMN and Nigerian government.

Having examined the health condition of Sheikh Zakzaky and his wife and conducting urgent medical tests on them, the team provided a report and shared a copy of it with the lawyers and family of the cleric. In its report, the team underlined the urgent need to send the Shiite leader abroad for special treatment.

Earlier, Iran’s ambassador to Nigeria Morteza Rahimi said the lawyers and family members of Sheikh Zakzaky have already prepared a report to submit during his upcoming trial.

Based on agreements made between the two sides, Zakzaky’s trial is expected to be held soon which provides a chance for his lawyers and family to submit the mentioned report and take subsequent steps to send him abroad for medical treatment.

The cleric has been held in detention despite a high court ruling and was charged just in April with murder, culpable homicide, unlawful assembly, disruption of public peace and other accusations. He has pleaded not guilty.