Exclusive Hangouts for Girls in Tehran 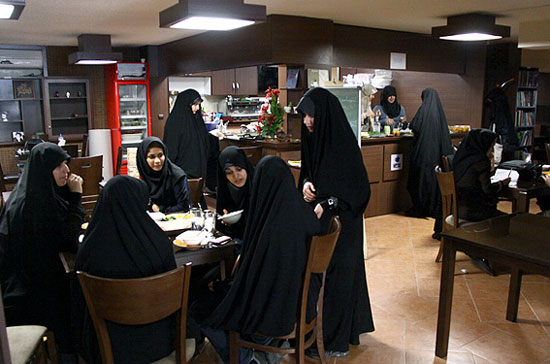 Girls in Tehran can enjoy their leisure time in exclusive centres with facilities such as resorts, coffee shops and amphitheatres.

“Two Shahrdokht centres, exclusive hangouts for girls, are to be opened in Tehran’s first and third districts, near Shahid Beheshti and Al-Zahra universities [the latter is a girl only university], in 2017,” announced Elaheh Atayi, an official in Tehran Municipality.

“They can serve as proper meeting spots for girls,” she added.

“Shahrdokht centres are established to provide girls with favourable conditions to enjoy a rich leisure time, so that female students, particularly the ones who live in dormitories, would be able to use leisure facilities without going to faraway places.”

“In Shahrdokht centres, there are facilities such as coffee shops, and free resorts and amphitheatres for girls,” she noted.

According to a Farsi report by ISNA, a Shahrdokht centre is already active in Tehran’s sixth district.

“While all Sharbanou centres have been following identical instructions up to now, we will pay attention to the demands of every district of Tehran in our future plans in 2017,” Atayi added.

“We try to offer our services based on women’s needs in different districts, according to their financial, cultural and educational levels.”

She went on to say that the Municipality of Tehran has decided to establish two Shahrbanou centres in every district; a plan which has yet to be carried out so far.

“This is one of our long-term plans which requires money and time. It has been implemented in the 8th and 14th districts. A centre is to be launched in Tehran’s 16th district due in March 2017. An exclusive park for women will also be opened in the fourth district, Lavizan, in February.”