Ex-MP Warns Rouhani against Consequences of His Remarks 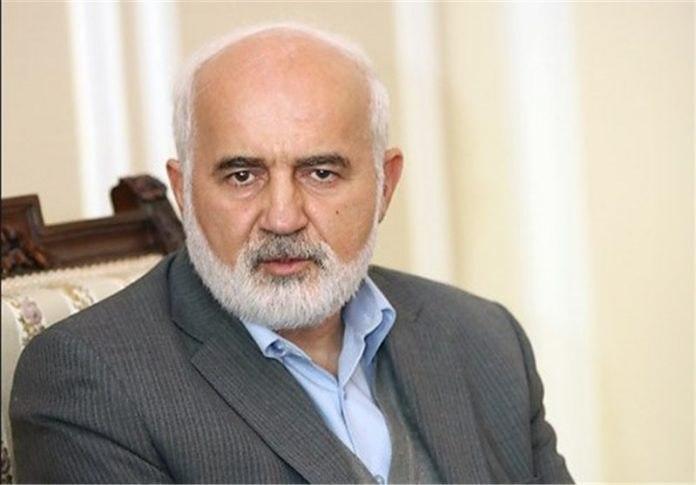 A former conservative lawmaker has warned President Hassan Rouhani against the probable dire consequencesof his recent remarks in stump speeches on the campaign trail, saying they will work to his detriment in the long-run.

In his recent stump speeches in Hamadan, Kermanshah and West Azarbaijan provinces, presidential candidate Rouhani strongly criticised some of his rivals as well as their background and past and present approaches using unprecedentedly harsh rhetoric.

In reaction to the remarks, former Iranian conservative MP Ahmad Tavakkoli has, in a letter, warned Rouhani against the likely unfavourable outcomes of such speeches.

Tavakkoli told him the harm such remarks will do to him in the long-term will be a lot greater than their short-term benefits.

According to a report by IFP, Tavakkoli, also told Rouhani that his recent statements are leading him to the beginning of a path troden by some of the predecessors who relished the same thoughts.

He added this was a path that instead of earning them a good reputation and ending well for them, gained them notoriety and caused them to suffer a tragic fate.

In the name of God, the Compassionate and the Merciful

Large is the number of life lessons [to learn], alas, little is learned [from them]

These days, one does not know what to say to [in response the late founder of the Islamic Republic] Imam [Khomeini] and the [Iranian] martyrs [of the eight-year Sacred Defence (Iraqi imposed war during 1980-88) and the Islamic Revolution (1979)] given the events that are taking place and the stances adopted by two of the country’s top officials. On the very first days of his election campaign, I brotherly advised Mr. Rouhani that, since he is a candidate who is also the incumbent president, he should avoid uttering any given word [that comes to his mind] in case he is bound to champion national interests. By any given word, I meant what he wanted to say in his address to other candidates. Unfortunately, not only he did not pay any attention to my advice, now, I see that like a member of an opposition group, he has also unsheathed his sword against the Establishment. I wish we were not here to see these transmutations.

Take a glance at the phrases below used by Mr. President in his speeches in Hamadan, Oroumieh and Kermanshah, as quoted by news agencies:

These are the remarks made ardently by a president who, in his inauguration ceremony at the Iranian Parliament, has sworn, with [Holy] Qur’an held in front him, to refrain from despotism, support and respect individuals’ freedom and sanctity [respectively] and uphold the rights [Iran’s] Constitution has given to the people.

These are the statements made fervently by a president who, for an entire 28-year period, since October 1989 up to now, has been the secretary, member or head of Iran’s Supreme National Security Council and signed and communicated the council’s enactments related to the country’s security. Prior to that, he had held numerous legislative, executive, military and security positions.

Mr. Rouhani should be reminded that:

Even if you are telling the truth, with such a broad background of you in top security echelons of the country, you have also had a part to play in the Establishments’ good and bad deeds and cannot accuse anybody of anything. However, if these remarks are nothing but accusation and insult – which is the case here – and you make them to garner the vote of those people who are in opposition to the Establishment, then woe betides you.

Have you held people in reverence when you count a large number of them as the supporters of the candidates with the characteristics you have listed? In this case, are you the president? Is this how you show your gratitude towards republicanism and democracy?

In case Imam [Khomeini] had been still alive or the Leader of the Islamic Revolution Ayatollah Seyyed Ali Khamenei had not shown patience and toleration, would you have dared to unsheathe your sword against the Establishment?

Mr. Rouhani, you and your advisers, who have put these words and thoughts into your mouth and head in the vain hope of extending your term in office, should know that: Primarily, the harm these remarks can do to you in the long-term is way greater than their short-term probable benefits. Such statements will lead you to the beginning of a path troden by some of the predecessors who relished the same thoughts, a path that instead of earning them a good reputation and ending well for them, gained them notoriety and caused them to suffer a tragic fate. Among the preconditions of having prudence and behaving rationally, is to reasonably calculate the costs and benefits. Think about the costs and benefits of these moves and remarks.

Secondly, [these statements and moves] will lead the country to a path which reeks of sedition and fire. [Establishing] despotism to garner vote should not be at the expense of scaring rivals, calling some people beasts and others beauties, arousing the emotions of youths and supporters, stirring hatred towards the rivals and their supporters and provoking conflict between people masses. Spending the country’s social capital on championing personal interests is an unforgivable mistake which was made by two groups of people in 2009. Those who made demagogic promises and those who staged an uprising against the law and the Establishment. They inflicted a wound which has not yet healed completely. You have almost reiterated everything that, at that time, the presidential candidate [currently under house arrest] used to say. Try not to be among those politicians who not only prevent the wound from healing, but plunge the knife deeper into it.

Thirdly, since you have been appointed to numerous positions since the beginning of the Islamic Revolution, any false statement you make about the defensive and judicial policies adopted by the Establishment, from fighting the domestic ISIS – the inwardly blind terrorists of the Mujahedin-e Khalq Organization (MKO) – who, years before the ISIS begins burning people and buildings and beheading people, were pioneers in perpetrating such crimes and skinned people’s head alive in alleys and markets, to fighting and resisting against those countries which seek their interests in incendiarism and bombarding defenceless nations on false pretexts, can be used by the enemies as the Establishment’s evidence against itself and prepare the ground for the imposition and making of new restrictions and moves against it and the innocent people of the country. Because these statements are being made by Iran’s incumbent government.

The Honourable People of Iran,

Beware today, how a person with the following characteristics can manage and run the country. A person who is, on the contrary to public interests and expediency and in defiance of the Leader’s directive, polarizing the country into two rival groups, preparing the ground for sedition by casting doubt over the entire history of the Islamic Revolution, is rejecting and ignoring all his critics, ignoring the policies of Imam Khomeini and Ayatollah Khamenei, calling the Judiciary, Islamic Revolution Guard Corps (IRGC) and those revolutionary forces that are not on his side misguided and calling himself the only path to redemption and salvation.

The upcoming election could be an opportunity for those reformists who were faithful to the Establishment and country, to revive themselves. Nevertheless, insistence on the pursuance of the same approach will take away this opportunity from them. I need to remind my reformist brothers and sisters who have come onto the scene to support Mr. Rouhani wholeheartedly that they should know their religious and national responsibility and stop the continuation of this trend; otherwise, they will share and bear the consequences of the cruelties inflicted as the outcome of their moves.

I also ask [this question from] Mr. Rouhani: “Where are you heading for?” Do not follow the path you have chosen, as it leads to nothing but misery for you in the hereafter. The pursuance of the present approach will only cause damages and loss to the people and the Establishment. Becoming president adopting these strategies is not worth it. Even if your rivals’ misbehavior lures you into this trap, again, it (becoming president) is not worth suffering all the loss and negative consequences.
I will whisper into your ear what it is needed that you hear

The humble and sympathetic servant of the honourable people of Iran